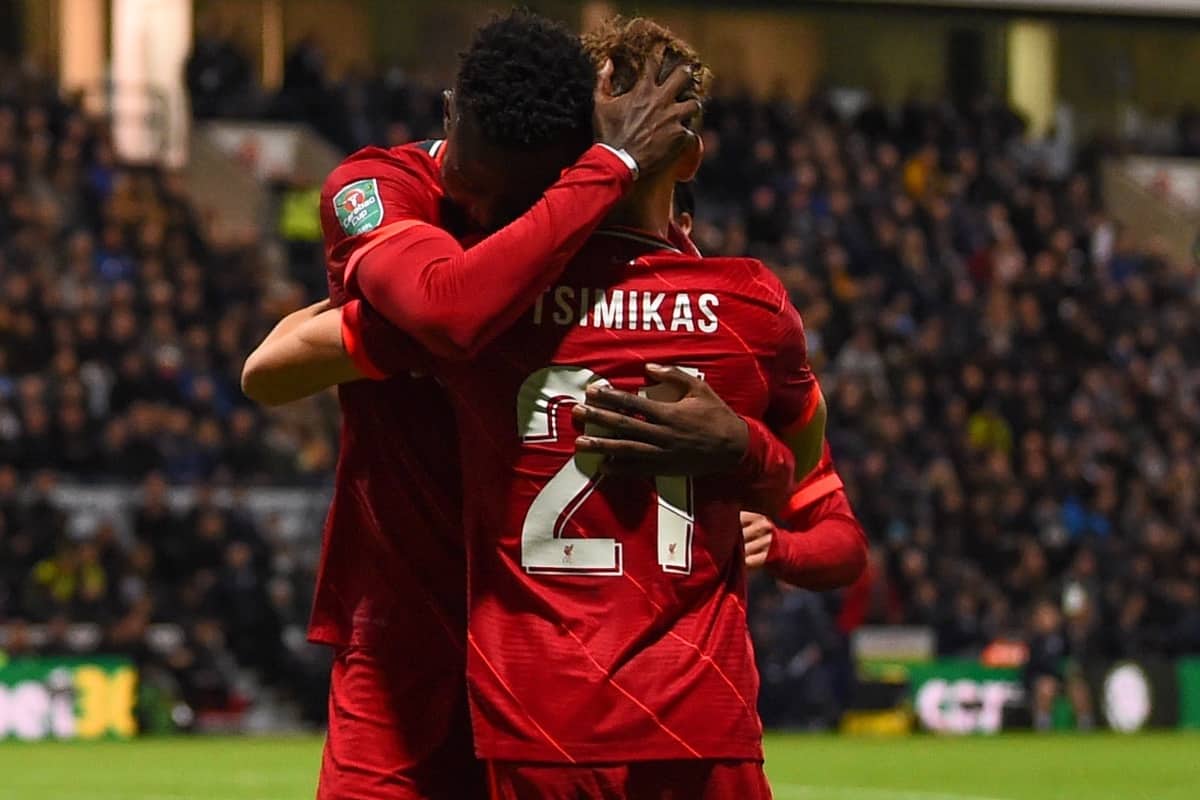 Liverpool FC bossed the Round Of 16 tie against Preston in the League Cup to register a comfortable 2-0 win. Although both goals came late in the second half of the match, Liverpool enjoyed majority of the possession and controlled the pace of the game at will. The highlight of the match came six minutes before end of normal time in the second half when striker Divock Origi scored an outrageous backheel goal from a pass that was slightly behind him.

The video of the goal went viral on social and it was also shared by the Liverpool’s official social media handles afterwards, with a caption that said:

“There’s only one way to start your day…Every angle of Divock’s stunning, instinctive finish at Deepdale.”

Japanese attacker Takumi Minamino gave the away side a crucial lead in the 62nd minute to settle the nerves in the Liverpool camp.

Having a goal to show after enjoying 73 per cent of the ball, Liverpool looked the more organised side in the dying minutes of the second half.

In the 84th minute, left-back Konstantinos Tsimikas’ curler hit the crossbar and somehow ended close to Origi. An instinctive forward, Origi connected his right heel and scored a goal which will surely be discussed in days to come.

Preston came at Liverpool in patches and also had four shots on target, equal to their counterparts. However, goalkeeper Adrian was too good to get past and helped Liverpool register a clean sheet