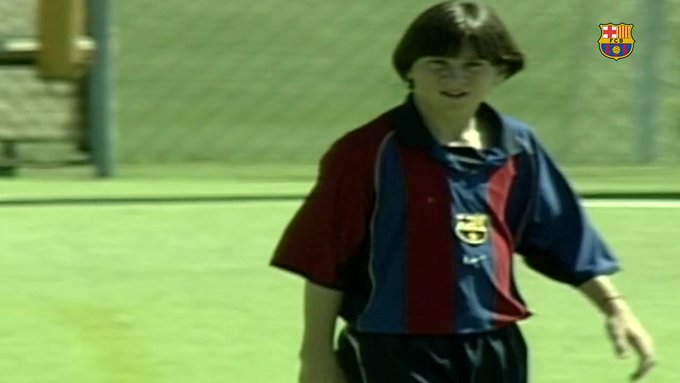 With Lionel Messi rumoured to be joining Paris Saint-Germain (PSG), Barcelona took to social media to post a video of their former captain’s highlights from his La Masia days. Messi, who is currently a free agent, parted ways with Barcelona on August 5. The Argentine genius signed his first contract with the club as a 13-year-old, going on to progress through the ranks of their famed academy, La Masia. Making his debut for the first team as a 16-year-old on November 16, 2003, Messi went on to win 34 trophies with the Spanish team, scoring 672 goals and registering 288 assists.

Here is the video of Messi’s highlights from his time at the club’s youth academy:

In the video, he can be seen sporting long hair, which was his go-to hairstyle during his younger days. Since his debut, Messi was hailed by senior Barca players like Ronaldinho and Thierry Henry as one of the best in world football.

During his farewell press-conference on Sunday, the 34-year-old was in tears and revealed that he never wanted to leave the club.

“This year, my family and I were convinced we were going to stay here, at home – this is what we wanted more than anything”, he said.

Despite having a disappointing 2020-21 domestic football season, Messi still finished as La Liga’s top scorer with 30 goals. The club’s president Joan Laporta revealed that Barcelona’s financial situation made it hard for them to accommodate Messi’s contract.

The six-time Ballon d’Or winner’s departure ends his a trophy-laden career with Barcelona, where he helped the club win four Champions League trophies and 10 league titles.