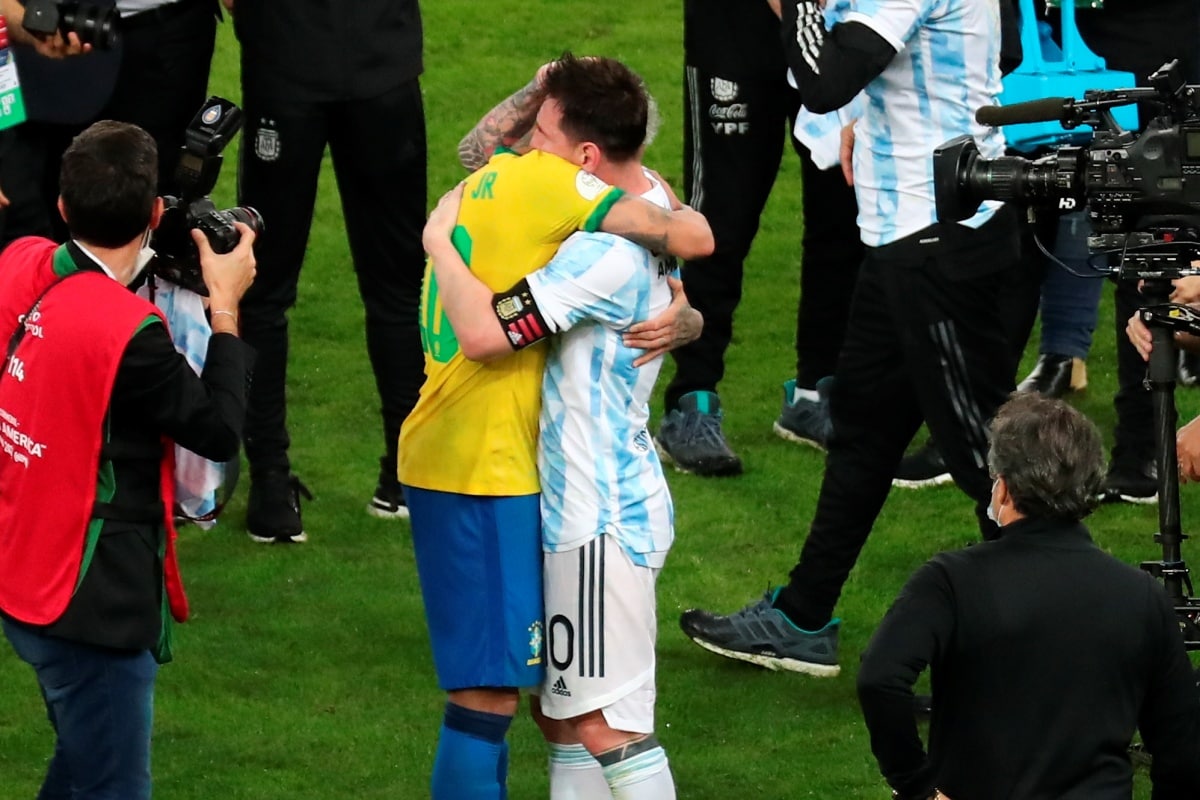 Captain Lionel Messi’s trophy jinx at the senior level of international football came to an end when Argentina edged past Brazil in a thrilling Copa America final at the Rio de Janeiro’s Maracana stadium in Brazil. The celebrations of this title victory were also accompanied by emotional scenes, as the entire Argentine contingent tossed their captain in the air in jubilation. The teary-eyed winning squad acknowledged the efforts of their leader who scored four goals and provided five assists in the run-up to the final. Messi’s goal tally also included two incredible free-kicks against Chile in their opener and against Ecuador in the quarterfinals.

Neymar was in fine form, dribbling past his opponents with ease and showing glimpses of his brilliance by registering two goals and three assists.

However, the Brazilian couldn’t find his way past a stoic Argentine defense, who made their presence felt with some solid blocks and interceptions to keep the threat away.

Argentina kept their attacking play intact right from the start as Angel Di Maria lobbed one past opposition goalkeeper Ederson from a superb through-ball from Rodrigo De Paul.

Di Maria’s goal proved to be the difference as Argentina ended their 28-year-old wait to lift a major international trophy.

It was after the 1993 Copa win against Mexico in Ecuador, that Argentina lifted the Cup, having also ended Brazil’s unbeaten home record of more than 2,500 days.