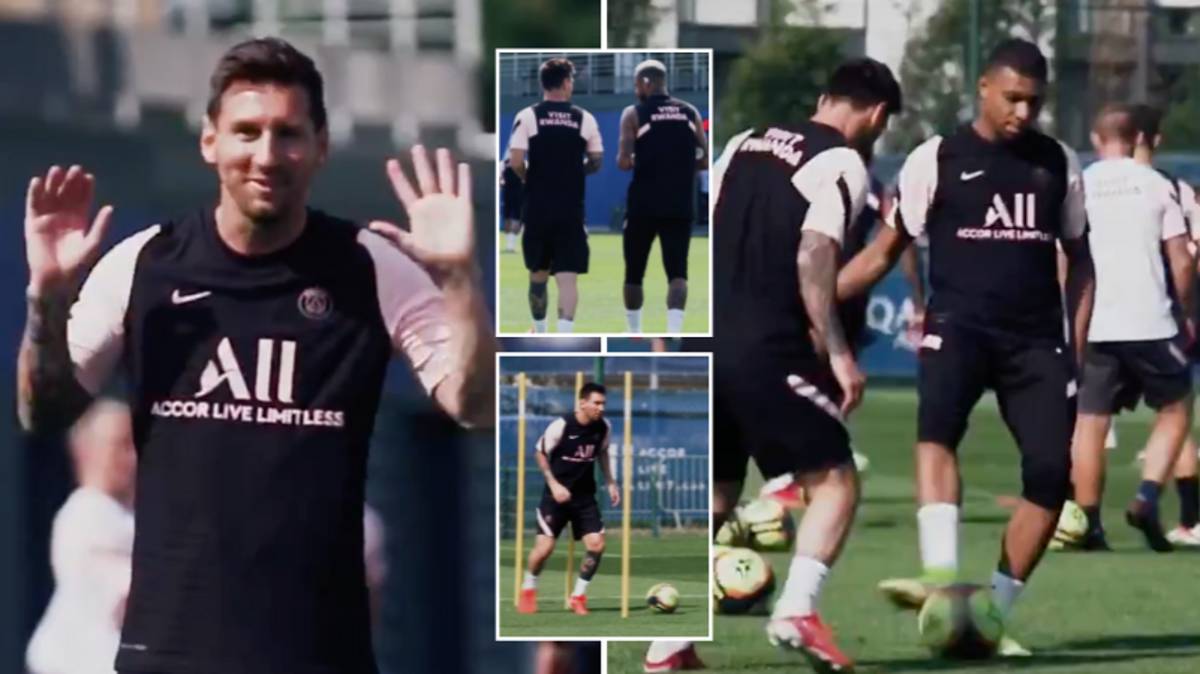 Following Lionel Messi’s move to Paris Saint-Germain, football fans have been waiting with bated breath to see how he links up with Neymar and Kylian Mbappe. While Messi and Neymar get along famously — both on and off the pitch — having played together at FC Barcelona as part of the famous ‘MSN’ trio along with Luis Suarez, the Argentine superstar will play with Mbappe for the first time this season. On Tuesday, PSG shared the first glimpse of how their attacking threat will look, as they posted videos from their training session of a drill where the three superstars were put in the same team, along with Angel Di Maria, Ander Herrera and Keylor Navas.

In one of the videos, Mbappe can be seen doing a step-over to beat a defender before playing a pass to Lionel Messi who applies a sublime finish across the goalkeeper.

In another video, Neymar can be seen showing off his step-over skills before finding the back of the net.Messi was also seen trading passes with midfielder Marco Veratti as part of a training drill.

Messi joined Paris Saint-Germain on a free transfer from Barcelona, with his contract with the Spanish giants ending in the summer.

Messi joined PSG on a two-year deal, with the option to extend it by another year.

“I have said many times that my dream is to win another Champions League and I think I am in the ideal place to have that chance and to do it,” Messi said at his unveiling at the French club.

Messi, 34, will wear the number 30 jersey, the number he had when he began his professional career at Barca.