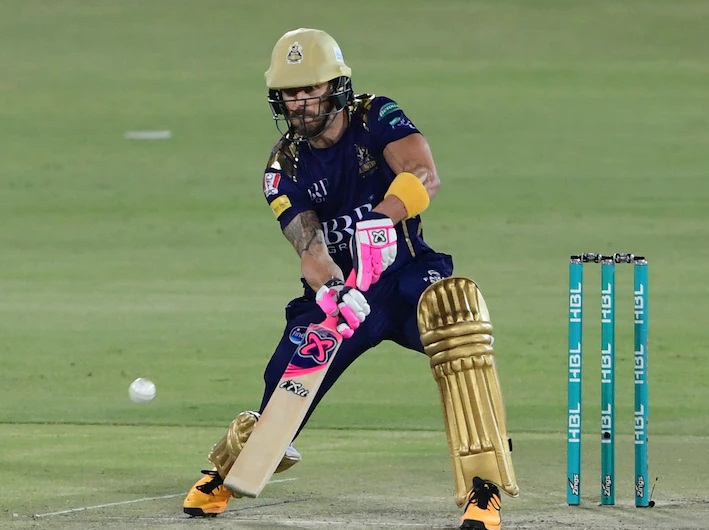 South Africa and Quetta Gladiators’ Faf du Plessis was involved in a nasty collision with Mohammed Hasnain during a Pakistan Super League (PSL) match in Abu Dhabi. Du Plessis was concussed after his head hit Hasnain’s knee while the two players scrambled for the ball at the boundary rope. Gladiators were playing Peshawar Zalmi on Saturday and du Plessis was replaced in the XI by Saim Ayub as a concussion substitute.

Here is how the collision happened:

Du Plessis lay on his back after the collision as Hasnain attended to him before the physio came out.

In the seventh over of the first innings, the incident happened when Miller hit a Mohammad Nawaz delivery straight down the ground even as du Plessis from long-on and Hasnain from long-off converged to save what looked like a certain boundary.

But neither of the two could stop in time and even though du Plessis reached the ball before Hasnain, the collision knocked the ball off his hands as he lay motionless on the ground for a brief moment.

Du Plessis took no further part in the match even as Peshawar Zalmi won by 61 runs.

Quetta Gladiators won the toss and opted to field. David Miller (73) and Kamran Akmal (59) hit half-centuries as Peshawar Zalmi made 197 for 5.