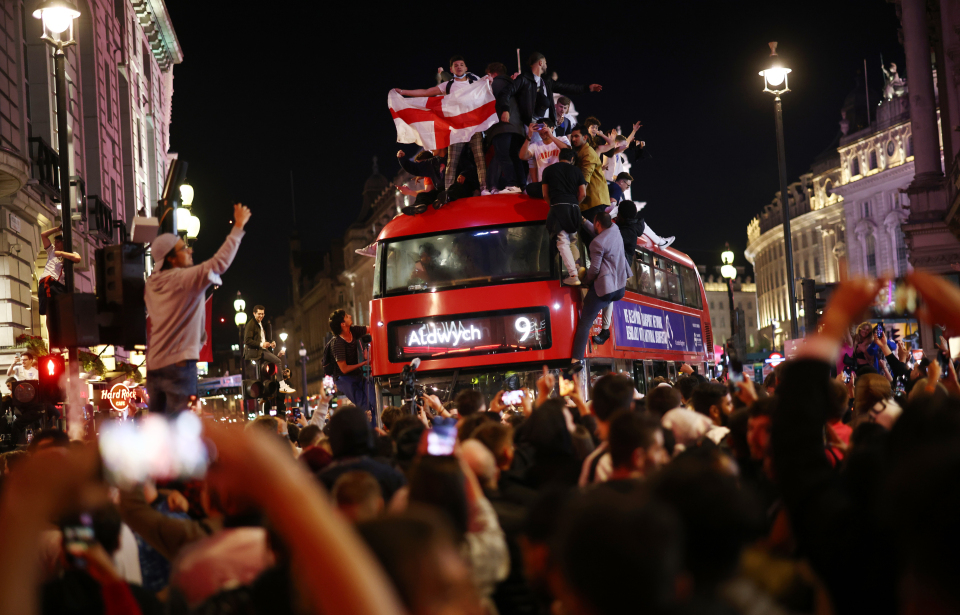 Fans stood with arms aloft in the stands to cheer on their heroes after victory was secured at the end of extra time. The squad was all present on the touchline with those not playing, such as Jude Bellingham, hugging and praising the teammates who played a part.

The Wembley roar went up a decimal when the England boss fist-bumped the crowd in delight.

England fans and players celebrated together after The Three Lions qualified for their first final since 1966.

The players and staff joined in with a rendition of ‘Sweet Caroline’ on the pitch. 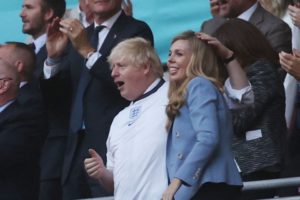 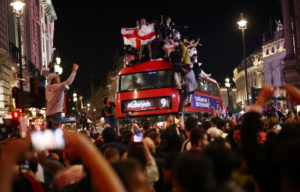 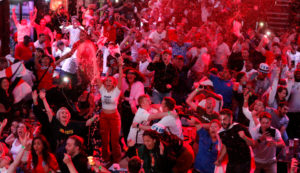 England vs Denmark Highlights: An entertaining end-to-end second half had plenty of action, but very few legitimate chances for either side and the game went to extra time — a record seventh such occurrence in European Championship history.

The goal, Kane’s fourth thus far at the 2020 Euro, puts him level with Gary Lineker for most goals in England’s major tournament history with 10.

England, who are in their first major tournament final since beating West Germany at the 1966 World Cup showcase, now faces an Italian side that has won all of their matches thus far in the Euro final at Wembley on Sunday.