Watch: Declan Rice Dribbles From Own Half And Scores Stunning Solo Goal For West Ham 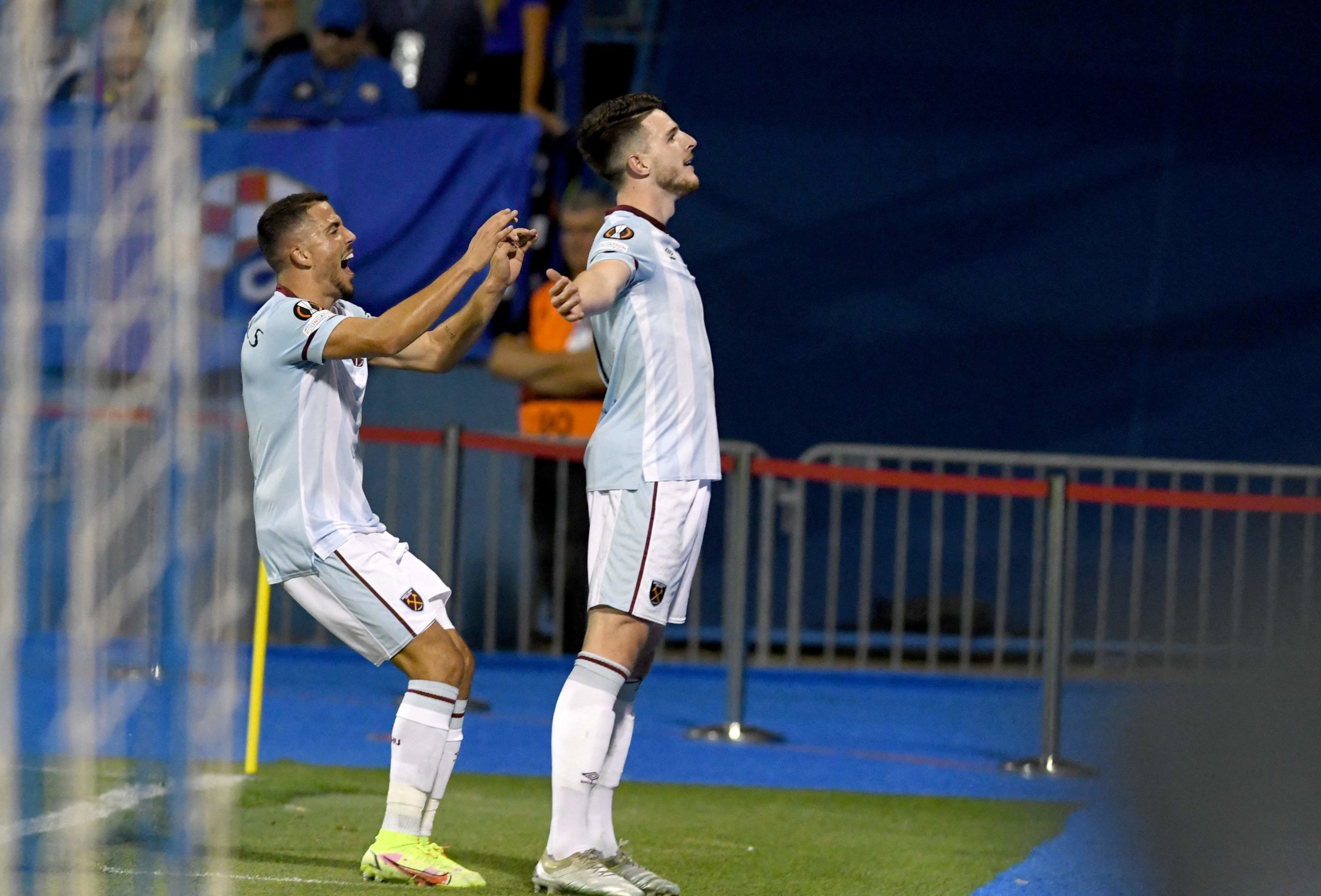 West Ham United cruised to a 2-0 win against Dinamo Zagreb in their Group H opener of the UEFA Europa Conference League at the Stadion Maksimir. Michail Antonio opened the scoring in the 21st-minute, rounding opposition goalkeeper Dominik Livakovic to score into an empty net. With the Premier League outfit still leading, Declan Rice took matters into his own hand to dribble from his own half and score a stunning solo goal in the 50th-minute.

Here is the video of the England midfielder’s outrageous goal:

Intercepting a loose pass in the West Ham half, Rice dribbled past a marker near the halfway line, and went on to drive towards the opposition box from the left flank with impressive control and technique.

Going past two defenders, the 22-year-old fired a powerful low shot, which went through Livakovic’s legs.

This was Rice’s 150th appearance across all competitions for West Ham, and he scored his sixth goal for the English outfit.

This was also his first-ever away goal for the club.

With the win, West Ham are currently on top of Group H, followed by KRC Genk in second position. SK Rapid Wien occupy the third spot with Zagreb bottom.

In their next match, West Ham face Manchester United in the Premier League on Sunday with Rice in contention for David Moyes’ starting XI.

The Hammers are currently eighth in the league standings, with eight wins from four matches. Meanwhile, United are on top of the table with 10 points from four games.