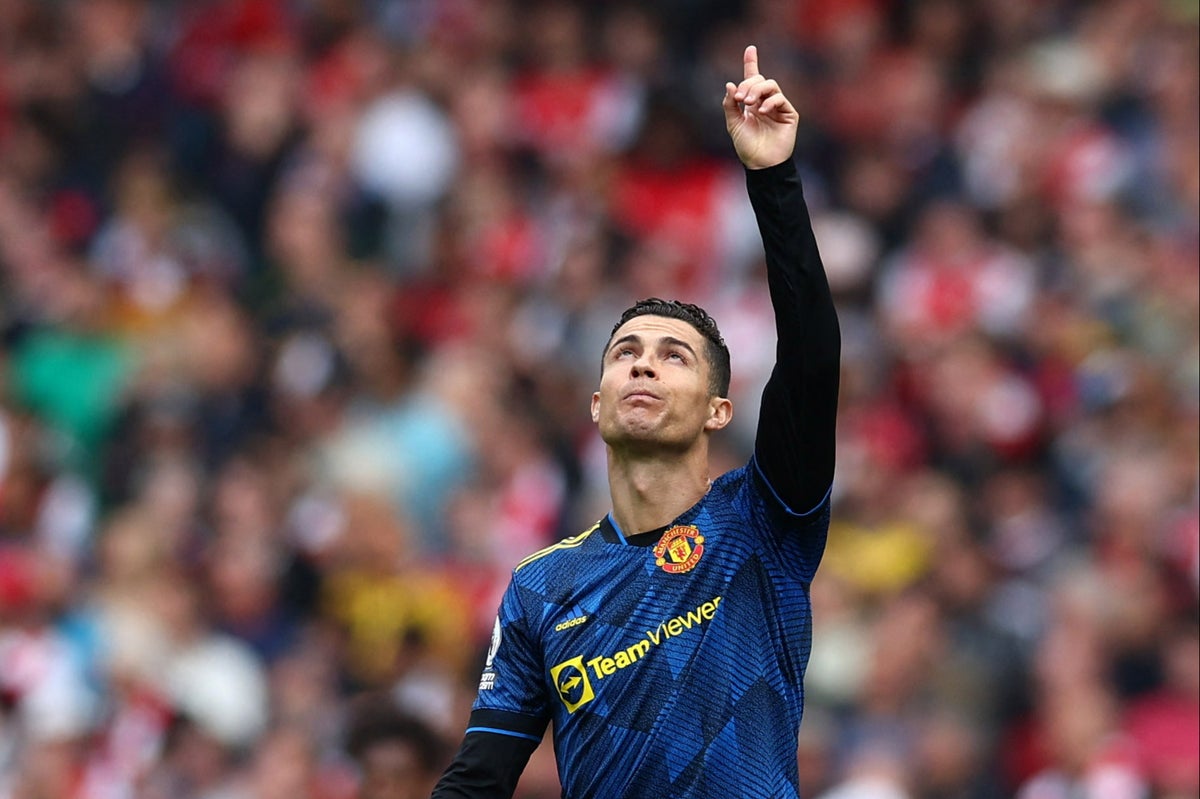 Manchester United striker Cristiano Ronaldo got on the scoresheet against Arsenal and dedicated the goal to his late son, who passed away earlier this week. The past week has been a turbulent one for Ronaldo after he and partner Georgina Rodriguez announced the passing away of their son in an official statement. In the statement, the couple had also confirmed the birth of their daughter.

In the game against Arsenal, Manchester United were trailing 0-2, but in the 34th minute of the game, Ronaldo registered a goal to bring the scoreline to 1-2. After that, thePortuguese striker looked up at the sky and gestured to pay tribute to his late son.

In the 34th minute of the game, Ronaldo had converted Nemanja Matic’s cross to beat Arsenal goalkeeper Aaron Ramsdale.

With this goal, Ronaldo became the first player to score 100 goals each in La Liga and the Premier League. However, United went on to lose the game 1-3 after NunoTavares, Bukayo Saka and Granit Xhaka scored for the Gunners.

Ronaldo had missed the Premier League clash against Liverpool after his son had died.

Earlier, Liverpool and Arsenal fans held a minute’s applause in the seventh minute of the game to show their respect to Ronaldo. The Reds’ fans had also sung ‘You’ll Never Walk Alone’ in tribute for Ronaldo during the match between United and Liverpool.

United are currently at the sixth spot in Premier League standings and they are six- points adrift from Arsenal, who are at the fourth spot.