Watch: Crazy Scenes As North Macedonia Beat Italy To Pull Off One Of Football’s Greatest Upsets 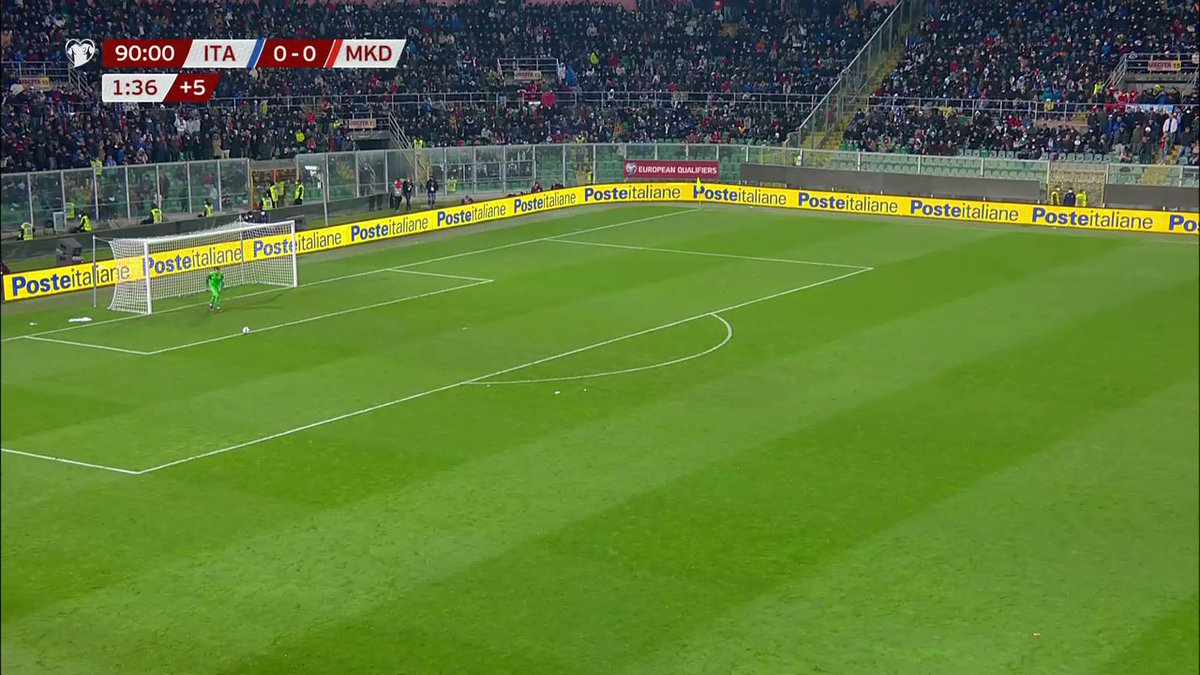 North Macedonia produced one of the greatest upsets in world football as they won 1-0 in a play-off semi-final to end Italy’s hopes of qualifying for FIFA World Cup 2022 in Qatar. Aleksandar Trajkovski scored in the second minute of stoppage time to stun the European champions. As soon as the goal went in, North Macedonian players and support staff broke into wild celebrations even as the Italian players watched in horror. North Macedonia will now take on Portugal in Porto on Tuesday for a chance to be in Qatar in November.

The commentators too went wild on-air, describing the moment as “astonishing”.

“We had two shots and won the game. We won like Italians against the Italians,” said Blagoja Milevski, whose side will have Napoli’s Eljif Elmas back from suspension for their trip to Porto.

Just like July was the best thing to happen to me in my career, this is my biggest disappointment… I’m really sad for my players,” Mancini told RAI.

“The disappointment is too much for me to speak about my future for now.”

This is the second successive time that Italy has failed to qualify for the World Cup finals. Astonishingly, Italy have lost only twice since the start of 2019, to Spain in the Nations League last autumn and on Thursday against North Macedonia.