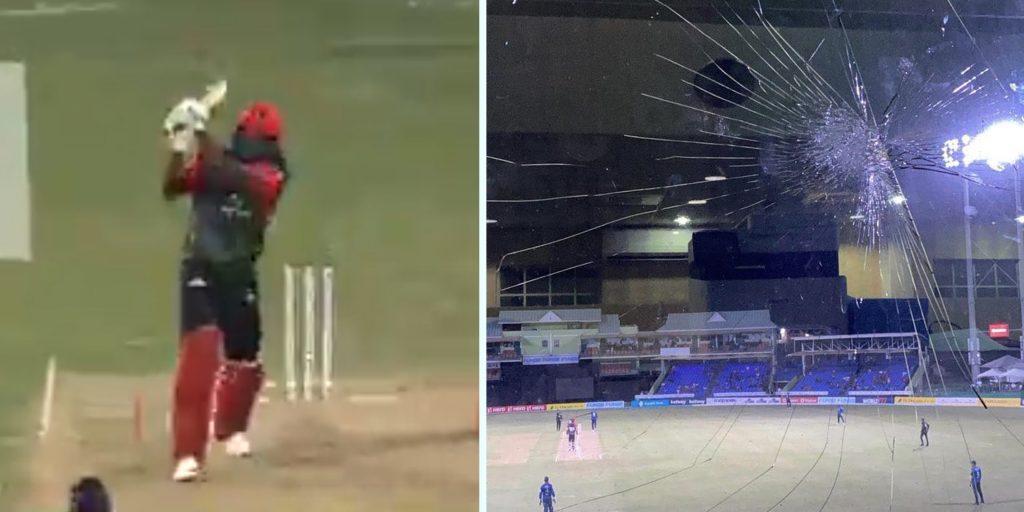 Chris Gayle on Thursday made his comeback for St Kitts and Nevis Patriots during the second match of the ongoing Caribbean Premier League (CPL) 2021. Even though, Gayle did not stay at the crease for long, he entertained his fans by hitting a big six off Jason Holder’s bowling. The West Indies batsman’s shot sent the crowd into the frenzy as it smashed a glass window nearby. The video of the same was posted on the official Twitter handle of CPL 2021. “A SMASHING HIT by the Universe Boss Chris Gayle,” CPL captioned the post.

The Caribbean Premier League Instagram handle shared a snap of the smashed window.

Gayle was added to St Kitts and Nevis Patriots squad for CPL 2021 following their below-par performances in the previous edition of the league, where they finished at the bottom of the table after winning just one match from 10 games.

Gayle had guided St Kitts and Nevis Patriots to the final in CPL 2017 as captain. However, he was not able to guide them to CPL glory as they lost the final to Trinbago Knight Riders.

And, it looks like, Gayle’s appearance is already doing wonders for the team as they won their tournament opener by 21 runs against Barbados Royals on Thursday at Warner Park, Basseterre, St Kitts.

Gayle scored 12 runs off nine balls with the help of one four and a six.

In their next encounter, St Kitts and Nevis Patriots will be up against Guyana Amazon Warriors in the fifth match of CPL 2021 on Saturday, August 28.