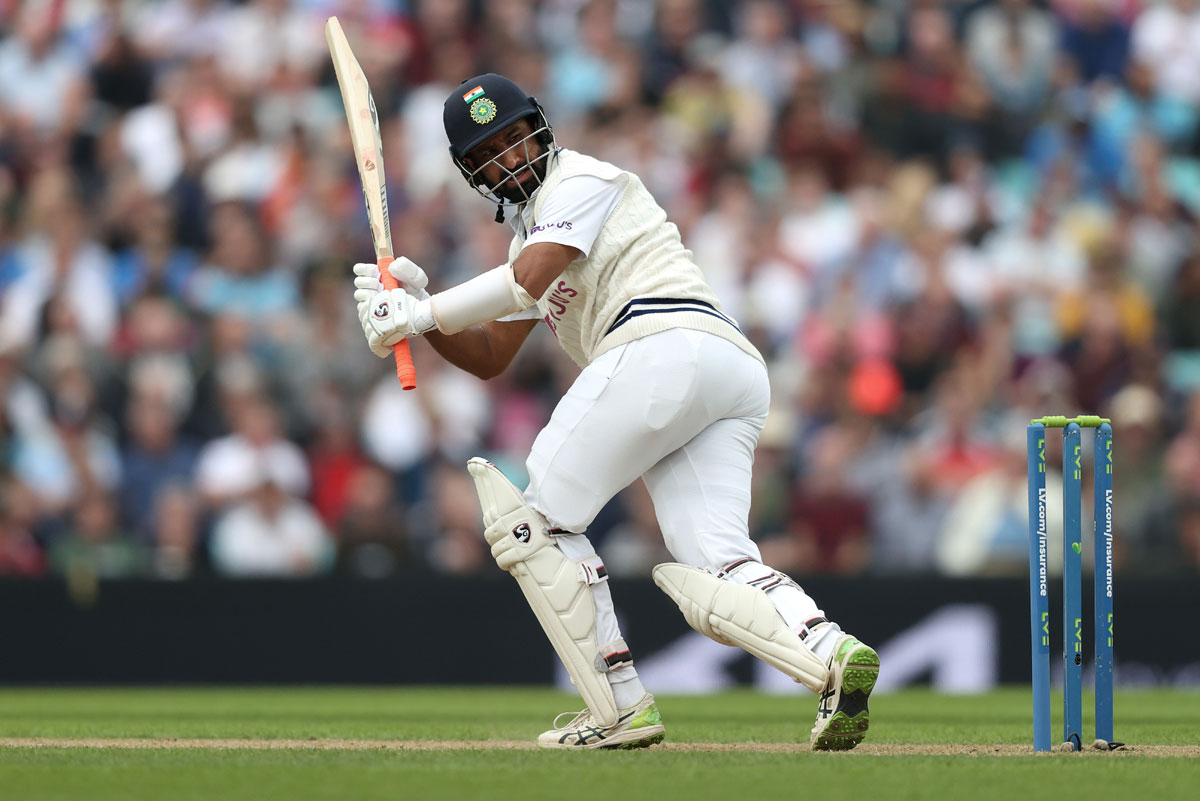 For Cheteshwar Pujara, morning did not show the day. On his debut for County side Sussex, Pujara, who was dismissed for six in the first innings against Derbyshire in a division two match, came back to hit a patient and match-saving double hundred in the second innings to show his class.

The match began with all the eyes on Pujara and Mohammad Rizwan. The India veteran and the Pakistan wicketkeeper-batter both made their debuts for Sussex. The match, in the end, was drawn with Sussex registering 513 for 3 in their second innings after being asked to follow on by the hosts.

Both Pujara and Rizwan had failed with the bat in the first innings. The Indian stalwart was dismissed for six while the latter was out for 22 as Sussex were bundled for 174 in their first innings in reply to Derbyshire’s massive 505/8 declared. Cheteshwar Pujara scored 201 not out in second innings for Sussex. Image: Twitter/@cheteshwar1

After being asked to follow on, Sussex, however, made a brilliant comeback to save the match. Captain Tom Haines led the way with the highest score of the match (243) and was well-supported by Pujara, who remained unbeaten on 201.

Pujara and Haines put together a massive 351-run partnership for the third wicket to dash Derbyshire’s hopes of snatching an outright win. The Pujara-Haines stand became the highest partnership for Sussex for any wicket bettering a 310-run partnership between Ed Joyce and Luke Wells six years ago.

Coming in to bat at No 4, Pujara began the innings showing admirable patience and class. The right-hander took his time to get accustomed to the pace and bounce of the wicket but once he got his eyes in, the 34-year-old started to bring out his strokes.

Pujara was troubled early on by recently-retired Sri Lanka pacer Suranga Lakmal. He was nearly dismissed when he was on 64 but survived with a slice of luck, he then played some brilliant cuts, pulls and drives to stamp his authority. He got to his century with a boundary off Nick Potts. This brought to an end a 52-innings wait for the Saurashtra batter to score a first-class hundred.

There was no stopping Pujara after he had reached his century. He started to take full advantage of the tiring Derbyshire bowlers to help himself into his 14th first-class double hundred.