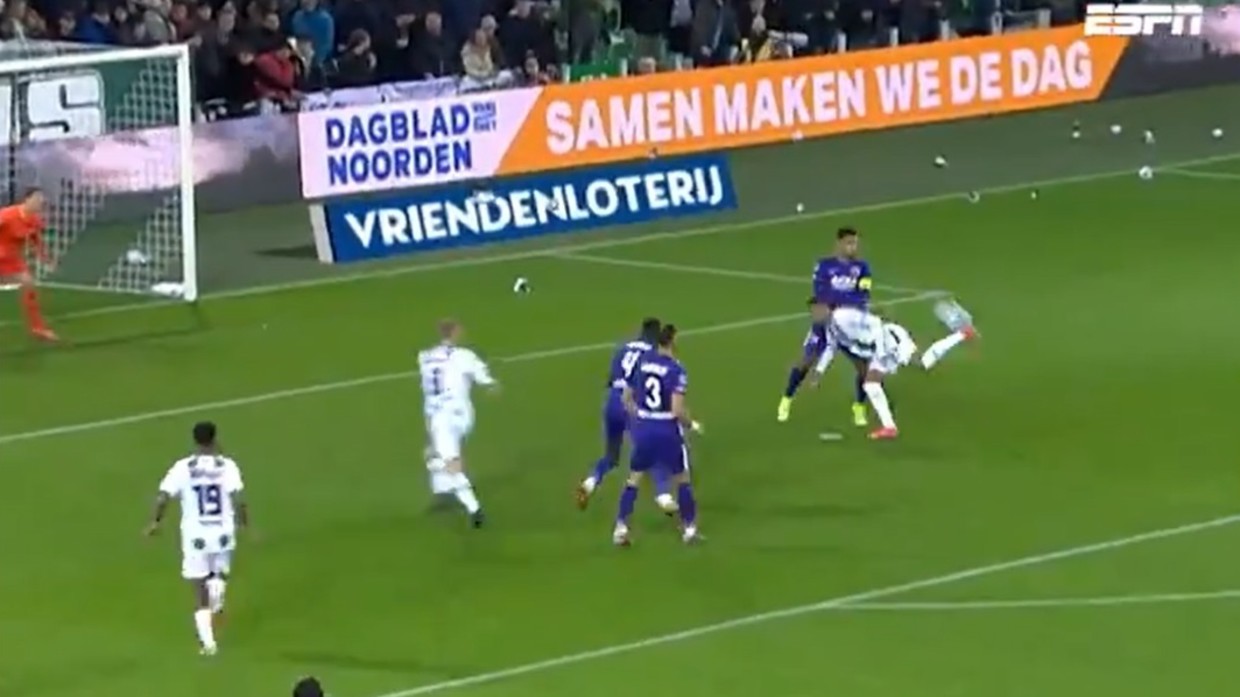 FC Groningen forward Cyril Ngonge scored with an outrageous scorpion kick against AZ Alkmaar in the Eredivisie on Sunday. In an intense clash at the Euroborg Stadium in Groningen, Ngonge produced a beauty as he executed a tough skill in front of the home fans to give his team the lead. In the 20th minute, winger Mohamed El Hankouri cut back in from the left wing and curled a cross towards Ngonge near AZ’s penalty spot. With the ball a tad bit behind him, Ngonge cleverly waited for the ball and used his left heel to put the ball into the back of the net, leaving the goalkeeper and defender in complete disbelief.

As soon as the ball went in, the crowd erupted in joy while the commentators couldn’t find words to describe the goal with many fans saying that the goal was worthy of the Puskas award.

The interesting aspect of the match proved to be AZ’s 21 shots as compared to the home team’s nine. AZ even registered more shots on target, nine, to Groningen’s four.

AZ’s 65 per cent ball possession and 11 corners didn’t yield the desired results for the team. They even enjoyed more passing accuracy, completing 625 passes against 336 by the Groninger players.

Despite dominating the stats, AZ failed to find a way past Groningen’s goalkeeper Peter Leeuwenburgh as the home team registered a 2-0 victory, thanks to striker Michael de Leeuw doubling the lead in the 71st minute.

The home team struck when it mattered the most and a goal in each half secured them 15th position in the points table.