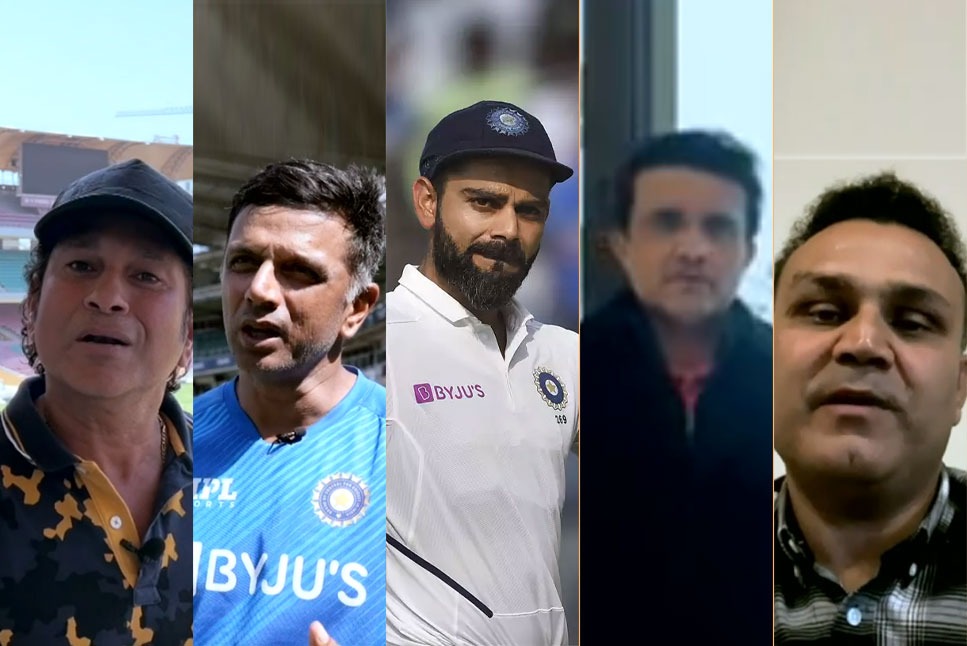 Former Indian cricketers including the likes of Sachin Tendulkar, Virender Sehwag, the Board of Control for Cricket in India president Sourav Ganguly and head coach of the Indian cricket team Rahul Dravid paid their tribute and wished luck to Virat Kohli, welcoming him to the “100-Test club.” Kohli has so far played 99 Tests for India and will be eager to get out on the field in Indian whites for the 100th time on Friday in Mohali where India will take on Sri Lanka in the first Test.

BCCI posted a heartfelt video paying their sincere tribute to Kohli and wishing him ahead of his “landmark Test”. The caption of the video is as follows:

“Welcome to the 100-Test club Virat Kohli. #TeamIndia greats share their thoughts on @imVkohli’s landmark Test, his achievements & the impact he’s had on Indian cricket.”

With a view on his significant occasion for the ex-Indian Test skipper, the Punjab Cricket Association (PCA) has recently changed its stance on allowing spectators in the stands. In a statement, PCA revealed that the Test won’t be played behind closed doors.