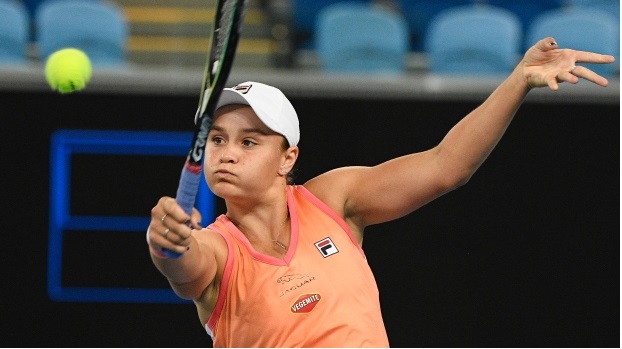 Barty, fresh off a championship run at the Miami Open the past two weeks, had little trouble moving from hard courts to clay.

She won 10 of the last 11 games in her first match on the slower surface since winning the 2019 French Open.

Not all the high seeds made the transition as smoothly as the top-seeded Australian.

This year’s French Open has been postponed by a week due to the COVID-19 pandemic and will begin on May 30, the French Tennis Federation (FFT) said on Thursday.
Sardegna Open: Lorenzo Musetti saves four match points to beat top-seeded Daniel Evans.