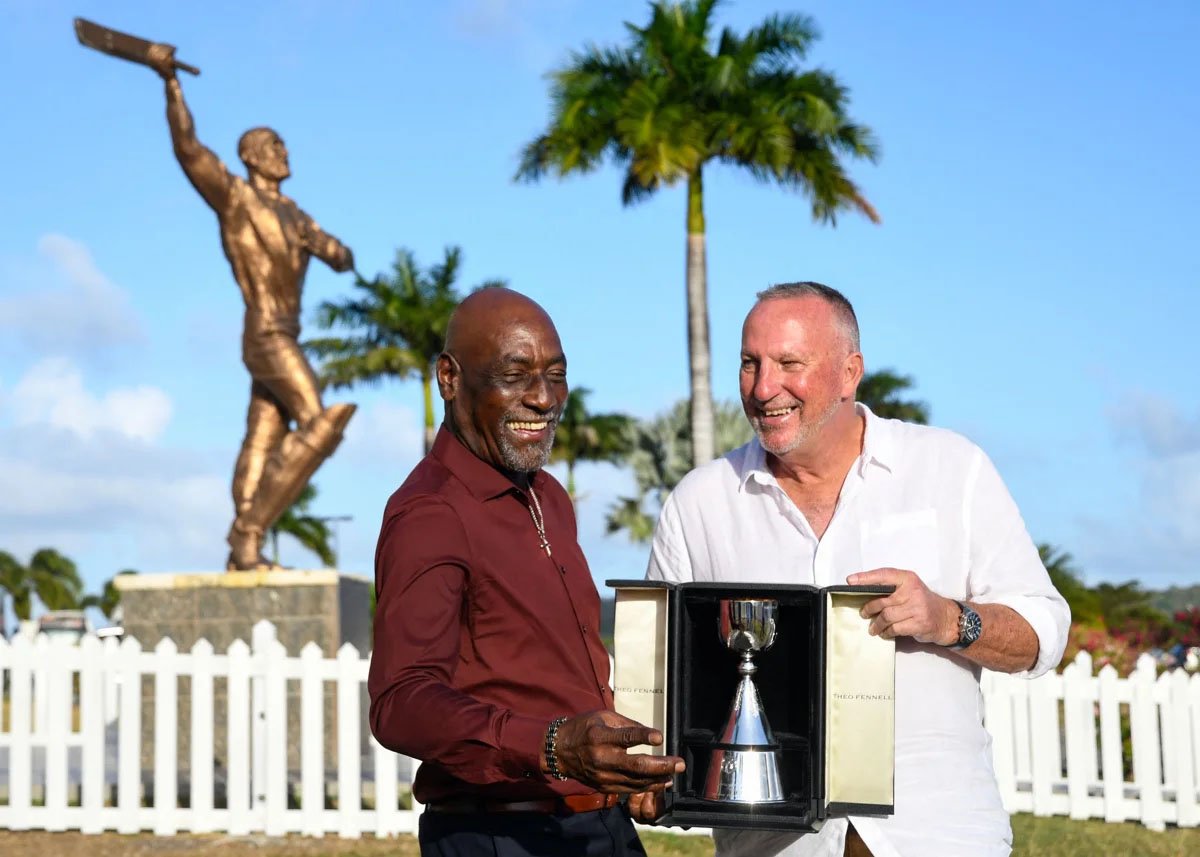 West Indies and England cricket greats Viv Richards and Ian Botham unveiled the design of the Richards-Botham trophy on Monday, ahead of England’s three-Test series against West Indies.

The title honours West Indies batting great Richards, who scored more than 8,500 runs in a 121-Test career, and England all-rounder Botham, who recorded more than 5,000 runs and took 383 wickets in 102 Tests appearances.

“It has an ultra-modern design and consists of an upside-down cup, based on a Georgian rummer, with the joining sphere a cricket ball,” Cricket West Indies (CWI) said in a statement.

“One end is a rummer for drinking rum and the other a wine/ale goblet. The rummer has palm fronds and the ale cup has willow leaves.

“The ceremonial idea is that the winning team holding the trophy would have the rummer that represents their team face upward while they held it and it would be ceremoniously turned over when the other team wins.”

The new trophy replaces the Wisden trophy, which was introduced in 1963 to commemorate the 100th edition of the Wisden Cricketers’ Almanack, and is on display in the Marylebone Cricket Club Museum at Lord’s.

“It’s a truly special feeling to have the fantastic trophy named in honour of my friend Ian and myself,” Richards said. “We played a lot together and built a great friendship on and off the cricket field.”

The first Test in Antigua begins on March 8 and will be followed by contests in Barbados (March 16-20) and Grenada (March 24-28).