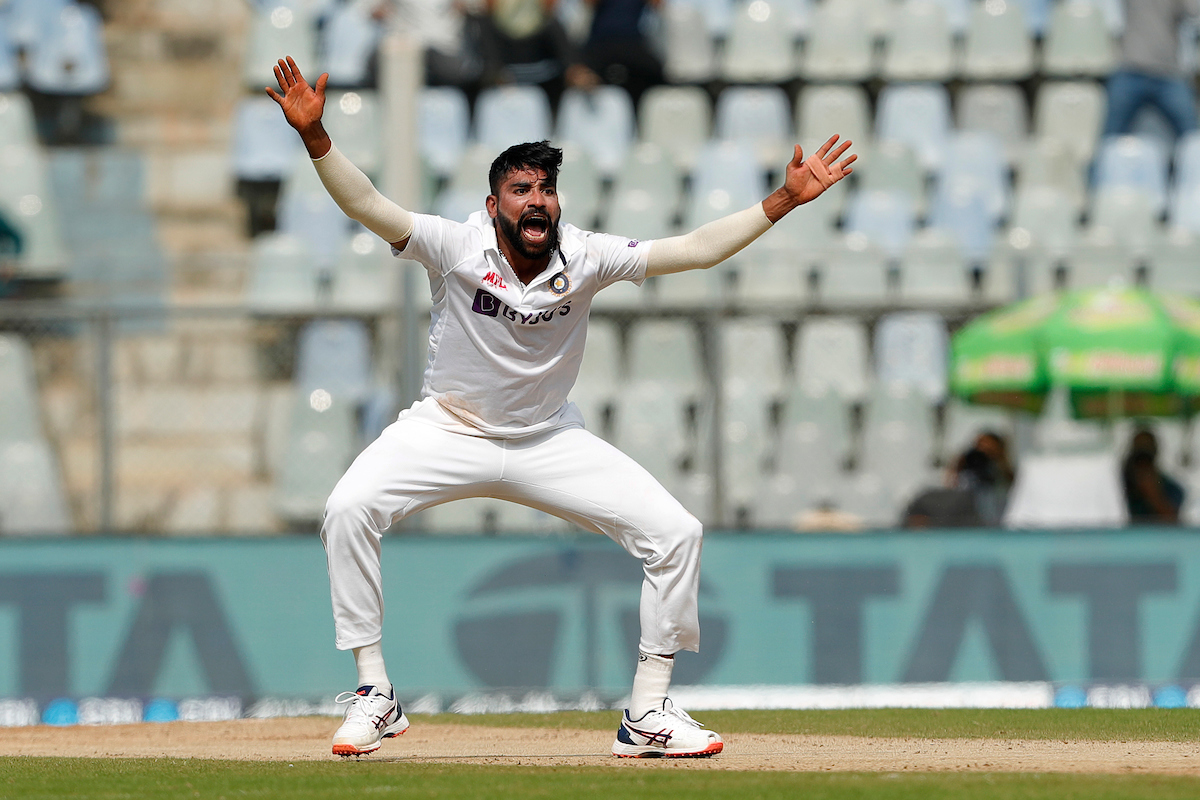 India captain Virat Kohli reserved high praise for opener Mayank Agarwal, fast bowler Mohammed Siraj and all-rounder Axar Patel. Agarwal, Siraj and Patel were India’s star performers along with Ravichandran Ashwin in the second Test against New Zealand in Mumbai, which the hosts won by 372 runs to clinch the two-match series 1-0. The first Test in Kanpur had ended in draw. Kohli, who had missed the first Test due to workload management, returned as the leader of the side in Mumbai.

Reacting on Agarwal’s performance, Kohli said he was impressed with the “application, resilience and character” shown by the right-hander. After a lean patch by his standards, Agarwal scored a sparkling 150 in India’s first innings and then backed that up with a fluent 62 in the second innings. To put Agarwal’s efforts in context, New Zealand were bowled out for 62 in their first innings and they could only manage 167 in their last innings. Apart from Agarwal only Axar Patel from India scored a fifty in the Test.

“Great application from Mayank. To play at this level for a long period of time, you need resilience, and you need character. And he has certainly shown that. We have all gone through these processes where we have had to make that impact performance at a very crucial stage, and he has done that. More than just feeling easy about himself as a batsman or as an individual, I think what this will do is build his character and help him be consistent for India moving forward,” Kohli said after the match.

Kohli spoke highly of Mohammed Siraj, whose inclusion in the XI for the Mumbai Test proved to be an important factor. It was Siraj who ran though the New Zealand top-order in the afternoon session of Day 2 picking up three wickets.

“He is certainly someone who has a lot of skill and talent. You can see the way he bowls and puts in effort every spell that he bowls. It feels like he can pick you a couple of wickets every spell. That is a great boost for the team. Especially in difficult or challenging situations where there is a partnership there and wickets are not falling. You can rely on a guy like that to bowl three-four rapid overs and make something happen from the pitch. He has skill in his hand. He doesn’t really bank on conditions, which can prove to be the difference in winning a Test and drawing it. If you look at the Lord’s Test, even when the ball stopped swinging later on, he was able to get purchase form the wicket because of the skill he has in his hand and give us those breakthroughs which were very crucial because of the number of overs we had,” Kohli added.

Another player who made an impact in the series was Axar Patel. The southpaw shone with both and ball taking 9 wickets and scoring 124 valuable runs in the two Tests. Kohli said Axar has the potential to play for India for a long time if he continues the good work.

“Axar is an all-round cricketer. His skillsets provide good balance to any team he plays for. Precisely why he has been performing so well in T20 format for so long and in Test cricket as well whenever he is given an opportunity. The good thing to see is he is adapting his game according to the needs of the format, which is a great sign. If he can keep his fitness levels up and if he can keep working on his game, he has potential to play for a long time. That’s basically the need of the hour in today’s cricket when we play so much cricket. If you can’t keep your fitness levels up, it gets more and more difficult,” he said.