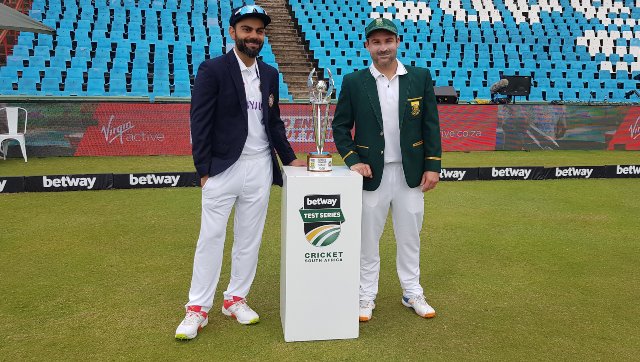 A simple post that announced Virat Kohli voluntarily stepping down from T20 captaincy on 16 September 2021, has culminated in him being forced out of ODI captaincy on 8 December 2021 and then relinquishing Test captaincy on 15 January 2022 – three dates that will live in infamy. In a short span of exactly four months, there is now a leadership vacuum in Indian cricket, with the BCCI administration openly at loggerheads with its star player. Again, how did it come to this?

Well, the roots can be found in the manner Indian captaincy has been handled in these past few months. Without taking sides, let one say this clearly – it could have been done better and not publicly, particularly not the humiliating way Kohli was given an exit from the ODI captaincy. We didn’t need the ‘who said what’ rigmarole at all, not from Sourav Ganguly, not from the thousand sources, or anybody else. Virat Kohli is India’s most successful Test captain of all time. AP

Let it also be said that Kohli’s coming-out press conference against the BCCI was in poor taste. Through the sixties and seventies, in the eighties and nineties, the board and the selectors treated a lot of Indian captains poorly. None of them went out guns blazing publicly against the Board, not in the ‘one man’s word against another’ mannerism that Kohli did.

Did it put the BCCI in an uncomfortable position? Yes. Did it compromise the sanctity of the selection panel and the word of the sitting BCCI president, irrespective of what they said? Yes. Did it give the inference that the Indian captain was throwing toys out of the pram? Yes. Did the chief selector coming on record and further refuting Kohli’s words only added fuel to the fire? Yes.

“Stupidity and madness” said Tywin Lannister, when faced with the proverbial Game of Thrones. It applies to this situation as well, and you can see the summation of those two words – stupidity and madness – that has left Indian cricket and one of its most celebrated players at crossroads with each other. And left us all with a plethora of unanswered questions.

Let’s start with – is it the right call for Kohli? The answer can be both yes and no.

No, because he clearly had more to give. Five months ago, when he stepped down from the T20 captaincy, Kohli clearly saw a blueprint of how he wanted to lead India in Tests and ODIs in the near future. Even if the ODI captaincy was taken away from him, there was still the ambition of a repeat performance in the World Test Championship. Try and get his hands on that elusive ICC trophy as captain!

This is where defeat in South Africa comes as a heavy blow. After somehow losing to an inexperienced Proteas’ side, India now finds itself in fifth spot with only 49.07 percentage points. There are two home series left in this cycle – Sri Lanka and Australia – along with three away Tests in England and Bangladesh. Did Kohli think it would be an uphill task to change India’s WTC fortunes from here? Or, is there a bigger plausible explanation to this?

Ganguly went on record to say that there would be no public examination of Kohli’s pre-tour comments and that the BCCI would take action internally. With the BCCI president making this statement, along with speaking out against the BCCI and support receding from all official quarters, all of this potentially made Kohli a sitting duck. The BCCI had shown they were not averse to sacking Kohli, as seen with the ODI captaincy. It is obvious then that they could have unceremoniously sacked him from Test captaincy as well.

The question to ask here is, did Kohli pre-empt another sacking on part of the BCCI and the selection committee, and instead save himself more humiliation? Only Kohli – and his closest, inner circle – knows the answer to this.

Further, winning in South Africa would have been conquering the final frontier for Kohli’s team. If he had made up his mind to quit Test captaincy regardless, it would have made for a fine walkout, a bold statement even. Instead, with defeat now and the subsequent resignation, Kohli has painted a target on his back.

The worst bit herein? Rahane at least has a match-winning hundred (at the MCG) to his name during this time, which both Pujara and Kohli don’t. Rahane was dropped from vice-captaincy ahead of the South African tour to avoid any embarrassment should the team management decide to drop him.

What is to say the selectors won’t make a move against Kohli in a similar way, or at least put him on some sort of notice given his poor form? As fate might have it, this whole situation could come down to the new captain-and-coach combination giving Kohli-the-star-batsman a longer rope, which he very much deserves.

Last but not the least, it brings us to the question of India’s Test future. Kohli might find himself at crosshairs individually, but it is not an understatement to say that Team India has massively lost out in this situation too. They are already rebuilding under a new captain in white-ball cricket. But now there is further instability, across all three formats. With 10 Tests remaining in the current WTC cycle, they need to find a new leader who can steady the ship, turn the fortunes around and aim for that championship.

The question is, whether this leader should be a short-term or long-term option. Rohit Sharma is elder to Kohli, and with focus on two white-ball World Cups, he might not want additional responsibility that puts even more spotlight on his fitness and Test records. It would be strange though if, after being announced vice-captain for the South Africa series and then sitting out injured, Rohit then misses out on Test captaincy two months later.

Stand-in Test skipper at Johannesburg plus the ODI vice-captain, KL Rahul is the other option, of course. But has he really cemented his Test spot? While Rahul has been in immaculate form, and was perhaps the only standout batsman in South Africa, it is also a fact that eight months ago he wasn’t even in the selectors’ Test plans. A freak concussion to Mayank Agarwal brought him back in contention, and it would be the freakiest coincidence still if he was elevated to Test captaincy as a long-term option (compared to Rohit).

Some pundits have thrown Rishabh Pant’s name into the mix, but do you really want someone that young and childishly instinctive leading India in Test cricket at this stage? Could Ravichandran Ashwin come in as a stopgap arrangement until Pant comes of age, like Anil Kumble did with MS Dhoni? Mind you, Ashwin isn’t a guaranteed starter in Test cricket overseas.

Those captaincy transitions from Kumble to Dhoni and Dhoni to Kohli were smooth on account of guaranteed selection across all formats. This isn’t the case anymore, and the lack of an heir apparent is a staggering fallout of this Kohli-BCCI fiasco.

Shane Warne thanks Virat Kohli for ‘passionately supporting’ Test cricket
Jasprit Bumrah On Captaining India: “If Given An Opportunity, It Will Be An Honour”