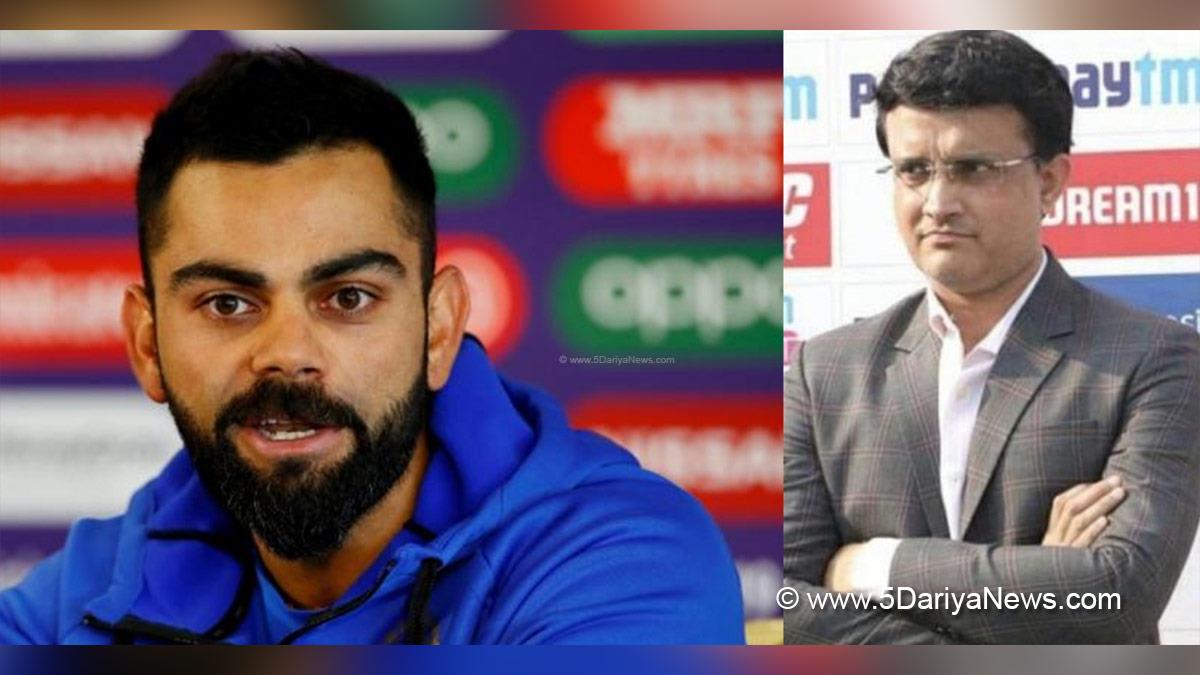 New Delhi/Mumbai: There were whispers of a discord and on Wednesday the simmering tension between BCCI and Test skipper Virat Kohli was out in the open when the superstar batter dismissed as “inaccurate”, the Board’s claim that it tried to persuade him against giving up T20 leadership.

One of country’s most decorated cricketers of all time, Kohli also said that his removal as ODI captain earlier this month intimated by chairman of selectors Chetan Sharma, only one hand half hours before the Test team for South Africa was announced”.

His statement forced the BCCI to close ranks as a rare chapter unfolded in the history of Indian cricket where a high-profile captain publicly rejected Board President Sourav Ganguly’s statement that the body “had requested” him not to step down as T20 captain.

Till the time of this report, BCCI, which had thought of having chairman of selectors Chetan Sharma address the media to respond to the statement, didn’t come out with its version. Kohli, in a press conference ahead of the departure for a tough tour of South Africa, stated that there was no request from anyone in the Board after he declared his intent to give up T20 captaincy.

“Whatever was said about the communication that happened about the decision that was made was inaccurate,” Kohli said with obvious reference to Ganguly’s statement.

“When I left the T20 captaincy, I had first approached BCCI and intimated them of my decision and laid down my point of view in front of them (office bearers).

“I gave the reasons why I wanted to quit T20 captaincy and my view point was received very nicely. There was no offence, no hesitation and not for once was I told that ‘you should not leave T20 captaincy’,” he asserted.

As for the ODI captaincy, Kohli said that discussion happened with him on the day the Test team for South Africa was to be picked.

“I was contacted one and half hours before selection meeting on 8th for Test series and there was no prior communication to me at all since I announced my decision on T20 captaincy,” he said.

“…the chief selector discussed the Test team to which we both agreed. Before ending the call, I was told that the five selectors have decided that I will not be the ODI captain to which I replied ‘okay fine’.

“In the selection call afterwards we chatted about it briefly and that’s what happened,” he added.

But then on 16 September, it was the skipper himself, who had put out an official statement that he wants to continue as ODI skipper and focus on 2023 ODI World Cup.

Kohli said the BCCI brass called his decision a progressive one.

“On the contrary, the BCCI called it a progressive step and in the right direction. At that time I had communicated that, yes I would like to continue in Tests and ODIs unless office-bearers and selectors think that I shouldn’t carry on with this responsibility.

“I had clarified on my call and communication to BCCI was clear. I had given that option if office bearers and selectors think otherwise, then it’s in their hands (their call).”

The last Indian captain who put the whole BCCI on ‘Red Alert’ was Ganguly himself in 2005 after his bitter feud with then coach Greg Chappell. Ganguly was removed by the erstwhile bigwigs in 2005 just after he had won a Test series in Zimbabwe.

He had famously said he was asked to step down, triggering a storm in Indian cricket.

The drama coincided with late Jagmohan Dalmiya’s removal as the board president and the politics was at its ugliest in those heady days of 2004 and 2005.

To say or not to say, that’s question for BCCI

It is understood that president Ganguly is absolutely livid but as the head of the board would like a collective decision as to how the officialdom should deal with the issue.

“It’s a tricky one for BCCI. If BCCI issues a statement, then the board is calling its captain a liar. If they don’t issue a statement, then what president said on record seems to be half-truth. Kohli’s statement has certainly damaged BCCI but more so because of its lack of communication,” a senior BCCI veteran, who is privy to developments, told PTI on conditions of anonymity.

If the BCCI’s version is to be believed, one of the bigwigs claimed that no less than nine people were involved when Kohli was asked if it’s a wise decision to quit T20 captaincy.

However, what has come across is lack of communication between the captain and the board where there is no clarity on what exactly transpired.

Also, a one line Twitter statement about Rohit’s elevation as the white-ball captain without a mention of Kohli definitely lacked grace.

The skipper was understandably hurt and it was evident when he also dismissed talks about him not playing the ODIs in South Africa as was speculated in some media reports.

“It should be asked to people who are writing lies. My communication with the BCCI on this issue has not happened that I want to rest,” he sounded bitter.

He did term Rohit Sharma “an able and tactically sound captain” who will have his “100 percent backing” in whatever visions he has for the team.

A controversy like this just before an important away Test series was the last thing one would have wished.

A sitting captain taking on the establishment always doesn’t end on a happy note and this might just be the beginning rather than the end of it all.