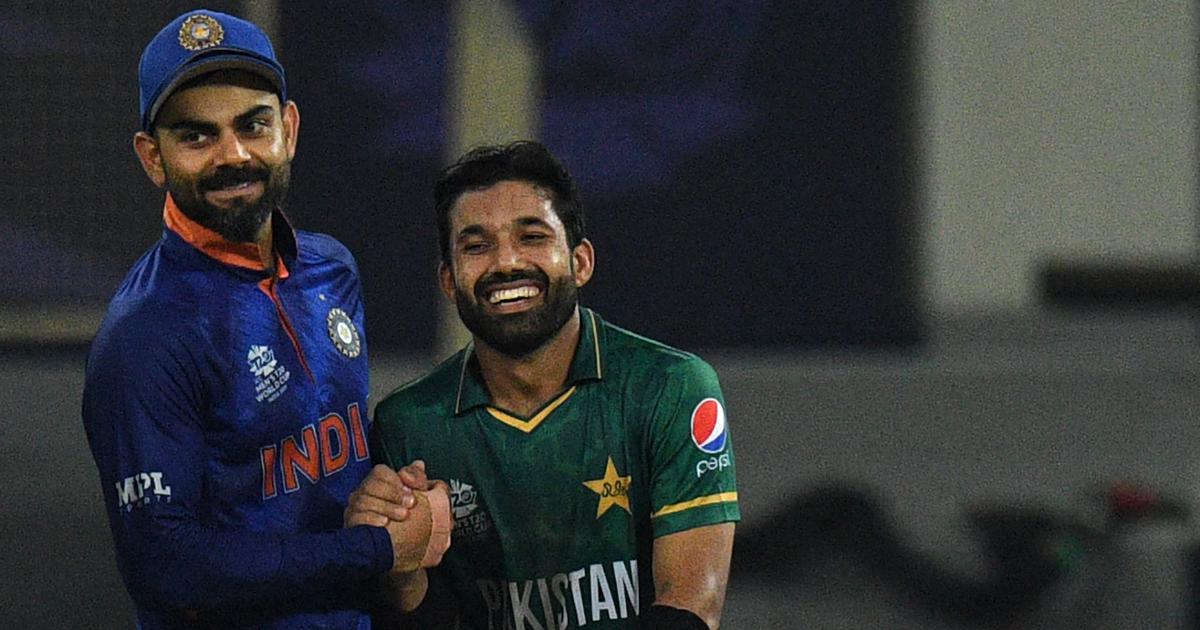 Dubai: Virat Kohli hugging Mohammad Rizwan, after Pakistan defeated India in the T20 World Cup, went viral on social media as fans from both countries hailed the Indian captain for his sportsmanship.

Former Pakistan women’s cricket team skipper Sana Mir in her column for the ICC’s official website has written that Kohli’s gesture after the match showed that the India captain is a secure individual. “Virat Kohli handled the defeat with so much grace and I admire his sportsman spirit. It’s really good to see the top athletes, who are role models, behaving in the way he did,” Mir wrote.

“It shows a lot of security within, and it means they have a lot of confidence to bounce back,” she further wrote.

Mir added she won’t be surprised if India come back in the tournament with some big wins.

“I won’t be surprised if India bounce back very quickly and in a big fashion and I hope we can see Pakistan and India play each other again in this tournament.”

On Pakistan, the legendary woman cricketer said she liked skipper Babar Azam’s attitude of looking immediately towards the next assignment instead of enjoying a prolonged celebration.

“With this performance, Pakistan have definitely become one of the favourites for the tournament, but it was heartening to see Babar and Shaheen not get carried away when in front of the media, they were focused on the next games,” she said.

“It is a great sign that they are staying level-headed and shows the team is going in the right direction,” she further wrote.