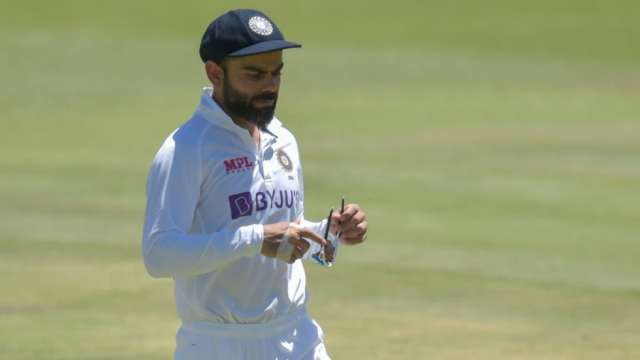 Indian Test skipper Virat Kohli ended the year 2021 without scoring a century in international cricket as he departed for 18 in the second innings of the first Test against South Africa on Wednesday. In 2020 also, Kohli had failed to reach the triple-figure mark. The Indian skipper had last scored a ton in the day-night Test against Bangladesh at Eden Gardens in 2019. South Africa bowler Marco Jansen removed Kohli in the 33rd over as the batter’s quest for his 71st ton continued. Coming to the game, South Africa pegged back India in the first session on Day 4 of the first Test match here at the SuperSport Park, Centurion on Wednesday.

India lost Thakur, the nightwatchman, KL Rahul before Kohli departed this morning. India’s lead is now more than 250 runs. However, the visitors have lost six wickets.

On Tuesday, India lost Mayank Agarwal at the cusp of the stumps but the visitors still ended Day three of the first Test in the driver’s seat. India had bundled out South Africa for 197 in the third session before the hosts lost Mayank’s wicket minutes before the end of the play.

Mohammed Shami took a five-wicket haul on Day 3 and also completed 200 wickets in the longest format of the game.