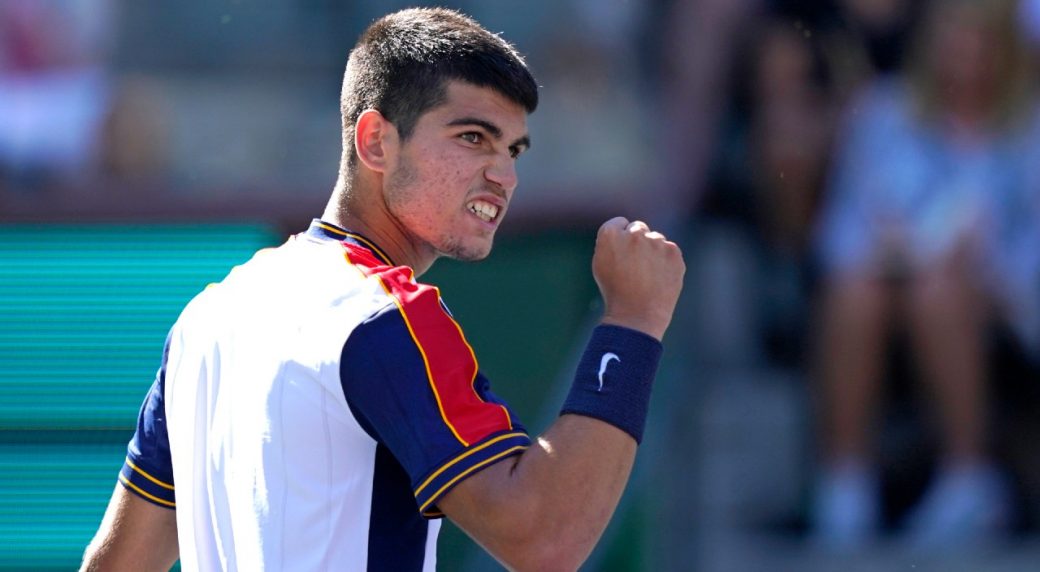 Andy Murray saw his perfect record at the Erste Bank Open come to an end Wednesday, slumping to a 3-6, 4-6 defeat to teenager Carlos Alcaraz of Spain in the second round.

The result marked the first loss for Murray in 10 matches at the Austrian indoor event, which he won on both previous visits in 2014 and 2016. The latter triumph propelled him to the year-end No. 1 spot in the ATP rankings.

Alcaraz will play Matteo Berrettini in the quarterfinals after the third-ranked Italian recovered from an opening-set loss to beat Nikoloz Basilashvili 6-7 (5), 6-2, 6-3.

Murray outlasted the 18-year-old Alcaraz in three sets when they met in Indian Wells less than three weeks ago, but he dropped serve in the opening game Wednesday, setting the tone for a match that included seven breaks of serve.

“Indian Wells was the first time that I met Andy Murray on court and now I knew a little bit more (about) Andy Murray, so I just knew his game, how to play,” Alcaraz said.

Murray went a break up and led 4-2 in the second set but scored just six more points as Alcaraz took four straight games to close out the win.

Lorenzo Sonego, who beat Novak Djokovic 6-2, 6-1 on his way to the final last year, defeated Dominik Köpfer of Germany 6-4, 6-3, and Gael Monfils edged Italian wild-card entry Lorenzo Musetti 7-6 (2), 6-4 in the last match of the opening round.