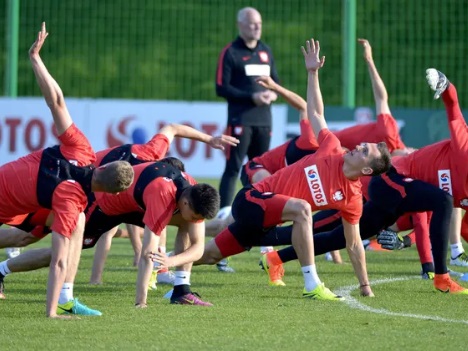 Smolov, 31, played all five games at the 2018 World Cup while Brazilian-born Guilherme, 35, last featured for his adopted country in November.

The list of 30 names will be narrowed down to 26 players before the competition, the RFS said in a statement.

Stanislav Cherchesov’s side will meet for a training camp in Austria on May 20 before friendlies against Poland on June 1 and Bulgaria four days later.

At the delayed Euro, they will play Belgium in Saint Petersburg on June 16, Finland four days later in the same city before heading to Copenhagen to face Denmark on June 21.