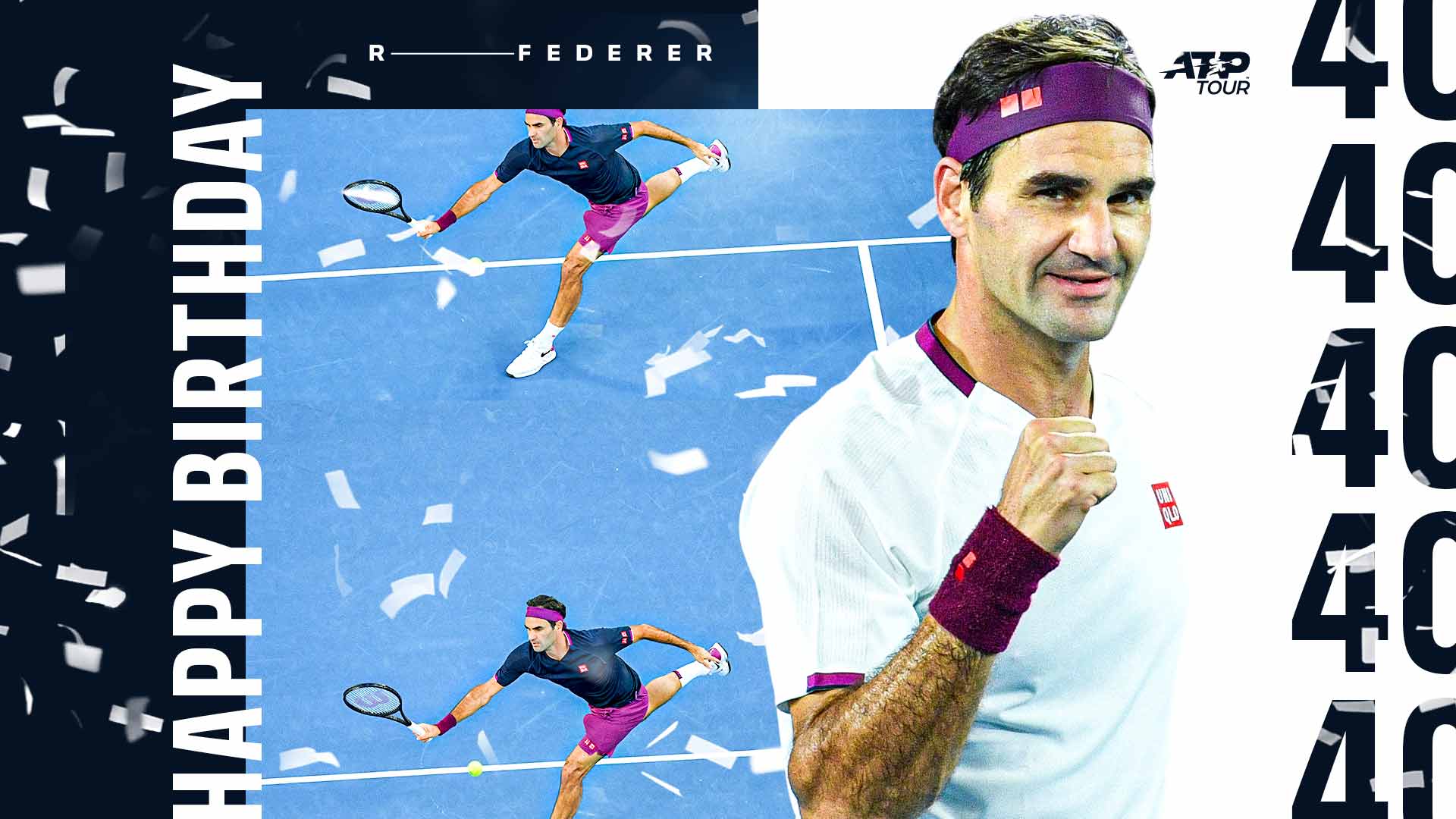 Paris: Roger Federer turns 40 on Sunday with his storied career, which has yielded 20 Grand Slams, a multi-million-dollar fortune and an army of fans who treat the Swiss star with saintly reverence, at a crossroads.

Federer has only played 13 matches in 2021 and managed just six in the pandemic-hit 2020 campaign when he underwent two knee surgeries.

He withdrew from this year’s French Open after reaching the fourth round and was knocked out in the quarter-finals of Wimbledon, a tame 6-3, 7-6 (7/4), 6-0 loss to Poland’s Hubert Hurkacz.

That defeat was only Federer’s 14th at the All England Club in 119 matches, and the first time he had been beaten in the tournament in straight sets since a first-round exit at the hands of Mario Ancic in 2002.

It was also the first time he had lost a set 6-0 at Wimbledon and just the third time at a Slam.

“I don’t know. I’ve got to regroup,” said Federer when asked if his Wimbledon career was over.

The signs since then have not been encouraging.

He skipped the Olympics in Tokyo in a bid to be fresh for the North American hardcourt season where he won the last of his five US Opens in 2008.

On Thursday, however, he withdrew from the Toronto and Cincinnati Masters, key warm-up events for the US Open.

Federer captured his most recent major at the 2018 Australian Open. He was already well past 36 and the second oldest man to clinch a Slam title

Since then, Novak Djokovic has claimed eight more majors and old rival Rafael Nadal has picked up four. Both now stand level on 20 with Federer.

Should Federer be preparing to bow out after 23 years on tour, he will leave behind a career decorated by 103 titles — only Jimmy Connors with 109 has more — a combined 310 weeks at number one and more than $130 million in prize money alone.

Federer’s net worth was estimated in 2019 at $450 million and such is the cash-register recognition of the brand that in 2018, he penned a 10-year, $300 million deal with clothing manufacturer Uniqlo.

“I threw the kitchen sink at him but he went to the bathroom and got his tub,” sighed an exhausted Andy Roddick after losing the 2004 Wimbledon final. When he was just 19, Federer famously defeated personal hero Pete Sampras at Wimbledon in 2001.

Twelve months later, however, he exited Wimbledon in the first round.

It took a personal tragedy for him to press the reset.

Just when he turned 21, his coach and close friend from his formative years Peter Carter was killed in a car crash in South Africa.

From that point on, the multi-lingual Federer committed himself to winning in style, no longer consumed by his inner demons.

It had been after the first of his five Australian Opens in 2004 that he claimed the world number one ranking for the first time.

He has 28 Masters, a 2008 Olympic doubles gold medal with close friend Stan Wawrinka and a Davis Cup victory for Switzerland in 2014.

Had he not competed in the same era as Nadal and Djokovic, his trophy collection may have been more impressive.

However, Nadal, who has forged a close bond with Federer, enjoys a 24-16 head-to-head advantage.

Against Djokovic, with whom dealings have never been as cordial, Federer trails 27-23.

They shared history in 2019 when the Serb triumphed in the longest ever Wimbledon final, just three minutes short of five hours. Roger Federer in action against Novak Djokovic at Wimbledon 2019. AP

On the eve of his shattering defeat to Djokovic in the 2019 Wimbledon final, Federer said he had not set any date for retiring.

“It’s just discussions I always have with my wife about the family, about my kids, is everybody happy on tour, are we happy to pack up and go on tour for five, six, seven weeks. Are we willing to do that?,” he said.

“For the time being, it seems like absolutely no problem, which is wonderful.”