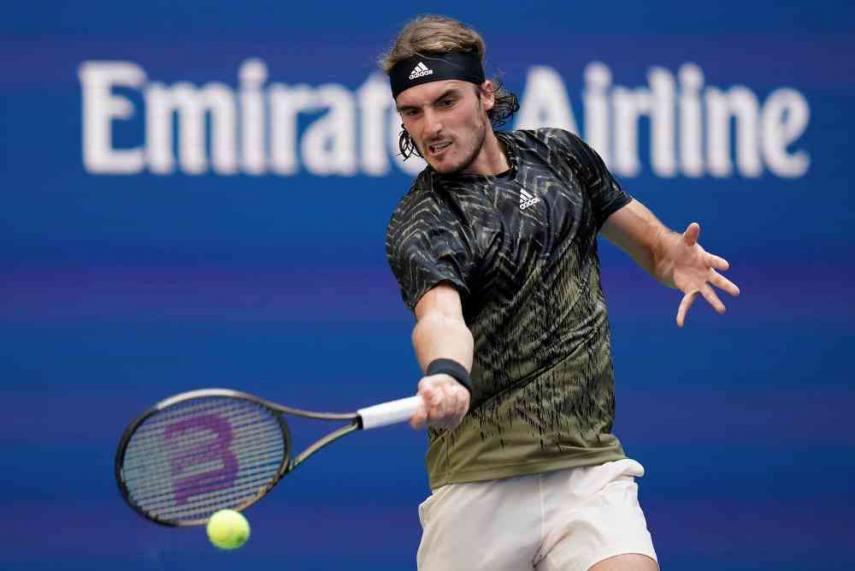 Greek third seed Stefanos Tsitsipas outlasted three-time Grand Slam champion Andy Murray in a five-set US Open first-round thriller on Monday at Arthur Ashe Stadium. Tsitsipas defeated the 112th-ranked British star 2-6, 7-6 (9/7), 3-6, 6-3, 6-4 in an atmosphere more like an intense second-week showdown than a curtain-raiser for the fortnight. “It didn’t come easy,” Tsitsipas said. “Lots of sacrifices I had to make on the court to get back.” Murray, a three-time Grand Slam champion, would have been the lowest-ranked player to beat a top-three rival at the US Open since the rankings began in 1973.

Two-time Olympic champion Murray, the 2012 US Open and 2013 and 2016 Wimbledon winner, lost for the first time in 15 first-round US Open matches despite cheers in a nearly full venue.

“To have an electric atmosphere out here is something we’ve been waiting for for almost a year,” Tsitsipas said.

Tsitsipas, this year’s French Open runner-up, took a long break before the final set, frustrating Murray, who surrendered a break in the opening game.

Murray forced a break point in the fourth game but Tsitsipas saved it with a forehand winner and held to lead 3-1.

Tsitsipas held at love in the final game to end Murray’s valiant effort after four hours and 49 minutes and advance to a second-round match against France’s Adrian Mannarino.

“I hope I can keep my game at the same level I had today,” Tsitsipas said.

In the first set, Murray broke twice on Tsitsipas unforced errors for a 4-1 lead, then later hit a forehand volley winner that earned him a set point and had him punching the air five times with his right hand in excitement.

Moments later, he blasted a service winner to close out the first set in 42 minutes.

In the second-set tie-breaker, Murray delivered a lob winner for a 5-3 lead, but slipped at the net during a volley exchange and not only lost the point but appeared to damage his shoes.

Tsitsipas netted a backhand to hand Murray two set points at 6-4, but the 23-year-old Greek star won five of the next six points to grab the set and level the match.

Murray yelled to his support staff in the stands that he didn’t have another pair of shoes in the tie-break and complained about inattention to detail after dropping the set. Murray walked off the court during the break while leaving his shoes behind.

Murray broke in the second game of the third set and held out from there, finishing off the set with a forehand down the line winner after three hours.

Tsitsipas, who had a trainer treat his left leg after set three, rolled to a 5-0 lead in taking the fourth set.

Cheering spectators brought energy to the spectacle at Arthur Ashe Stadium, where defending champion Naomi Osaka was set to play later. Fans weren’t allowed at last year’s US Open due to Covid-19 safety issues and this year’s ticketholders must show proof of vaccination to attend.

“Playing without fans here was brutal,” 2017 US Open winner Sloane Stephens said. “Having these fans out and the energy, the atmosphere, it brings a lot back to tennis.”

“We missed a lot the people in the crowd,” Halep said. “You cannot compare the atmosphere. It’s much better. You feel the energy. You feel alive on court. Hopefully it will stay like that forever.”

The biggest cheers yet will likely greet Osaka, seeking her third US Open crown in four years, in the night feature match against 87th-ranked Czech Marie Bouzkova.

US Open 2021: Naomi Osaka Beats Marie Bouzkova, Advances To Second Round
Marin Cilic Retires from US Open, First Time in More Than 800 Matches