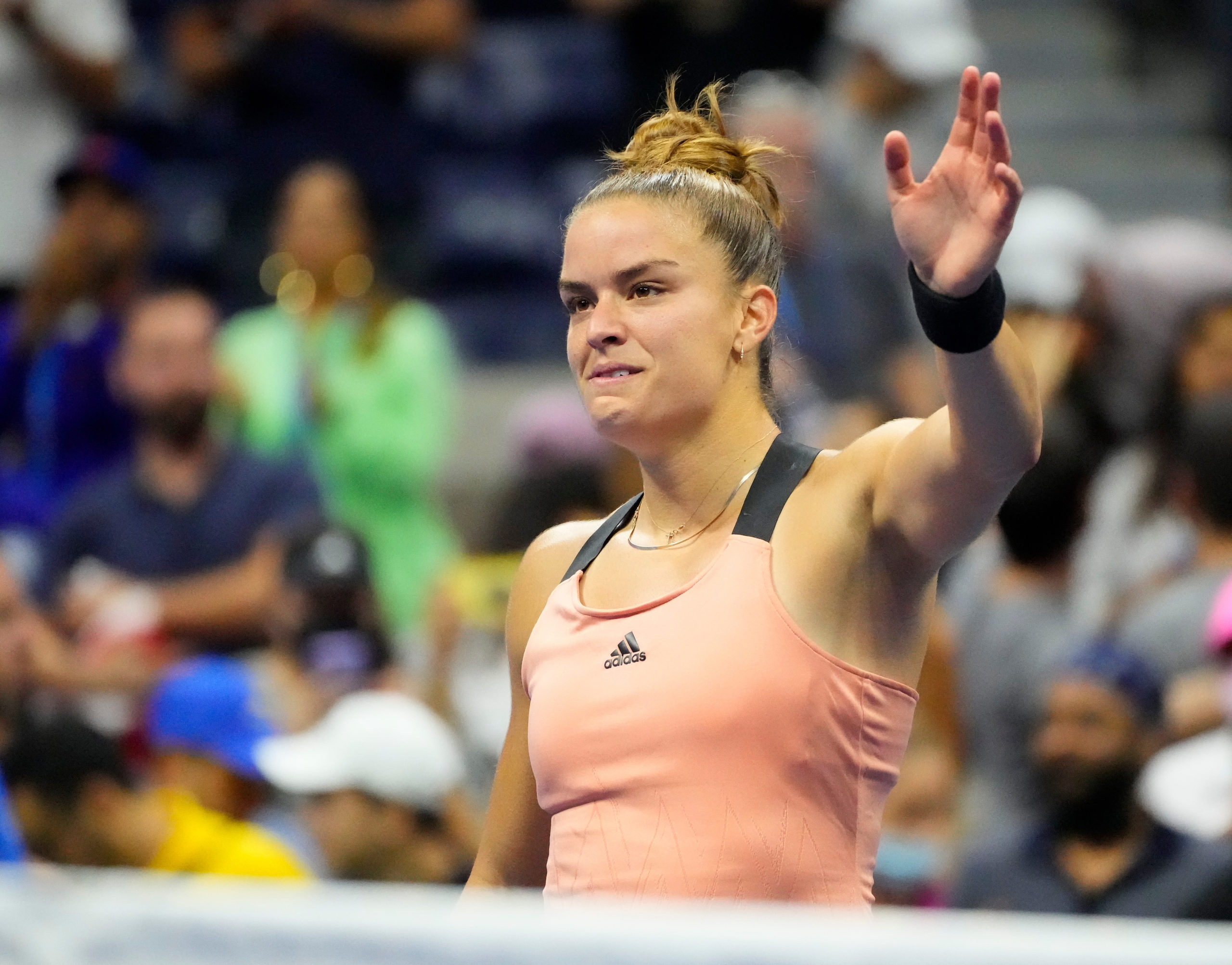 Sakkari helped the Canadian to an early break in the first set with a trio of double faults before finding her footing.

Andreescu, the 2019 champion, won a punishing 21-shot rally to open the first-set tiebreak before clinching the set with three straight points, capping it off with an ace.

Sakkari, who faces fourth seed Karolina Pliskova in the quarter-final, said she knew she had to change her approach to stay in the match.

“I knew that I lost the first set because I was doing some things wrong. I was not very brave. So I had to change that,” she said.

The Greek struggled with her serve again in the second set, putting up five double faults, but broke her opponent in the second game to get her nose in front. She then held serve in an 11th game that lasted 10 minutes.

The second set tiebreak went Sakkari’s way, the 17th seed clinching it at the fourth attempt.

Down 3-2 in the third set, Andreescu received treatment on her left thigh before leaving the court for a medical timeout and returning with her leg wrapped.

With Sakkari leading 5-3 and up 30-0 in the ninth game, a hurting Andreescu screamed, “This sucks!” but managed to fend off three match points before the Greek converted on a fourth.

Andreescu missed the 2020 season due to injury and the challenges of playing in the COVID-19 pandemic and failed to get beyond the first round at Wimbledon or Roland Garros this year.

Sakkari said she was prepared for the match to go even deeper but was happy it did not.

“I was prepared for 7-6 in the third. But if you know, if it comes easier then I’ll take it,” she added.

“I knew it was gonna be a very tough match. She loves this court, her best memories,” said Sakkari, who reached the Roland Garros semi-finals earlier this year.

Her win ensured there will be a new U.S. Open women’s champion this year.