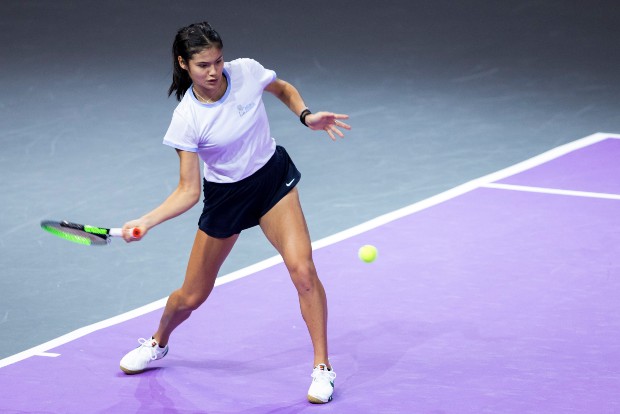 The US Open champion Emma Raducanu has tested positive for COVID-19 and has withdrawn from this week’s Mubadala World Tennis Championship. The exhibition event which will undergo from December 16-18, was set to see Britain’s 19-year-old star take on Olympic champion Belinda Bencic in Abu Dhabi on Thursday. “I was very much looking forward to playing in front of the fans here in Abu Dhabi, but unfortunately after testing positive for Covid-19, I will have to postpone until the next opportunity,” Raducanu said.

“I’m isolating as per rules and hopefully will be able to get back on court soon.”

A statement from the tournament organisers added: “Emma is now isolating and following all necessary protocols. We wish her a quick recovery and hope to see her back on the court soon.”

Among the male players taking part in the tournament are Rafael Nadal and Andy Murray.

Raducanu is due to travel to Australia after Christmas in preparation for next year’s first Grand Slam of 2022 which begins on January 17.