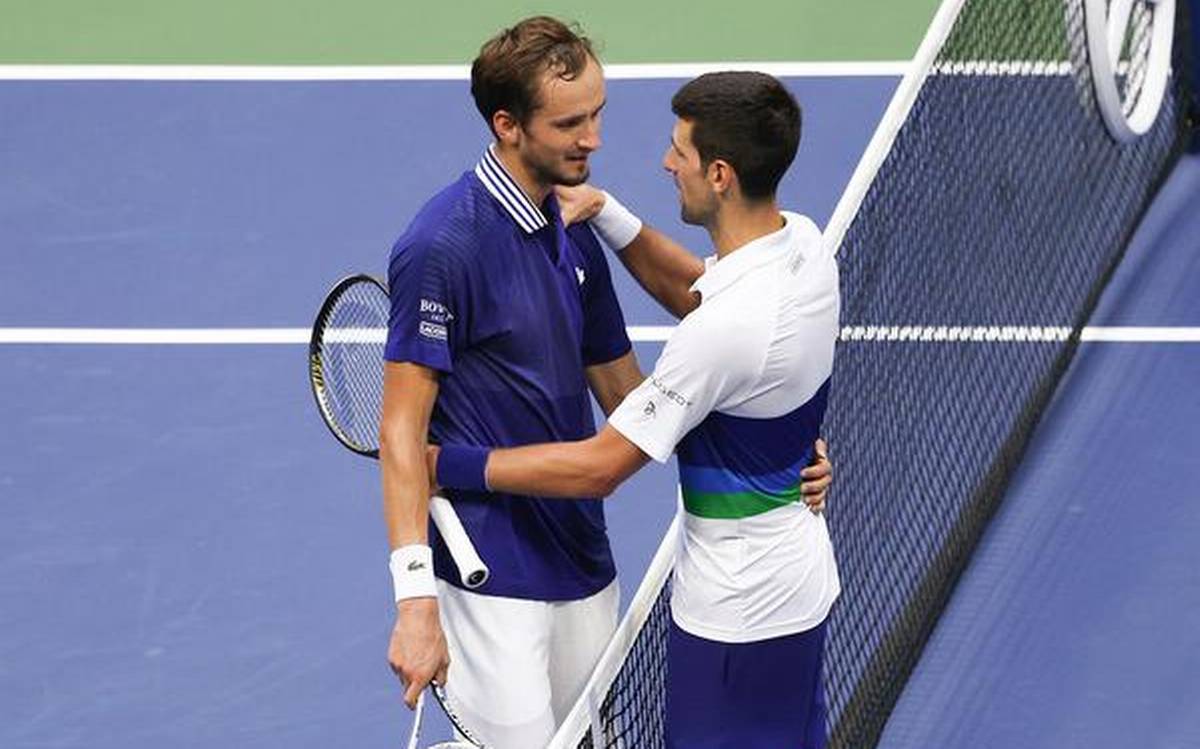 The last two weeks have been a small journey of sorts for World No 1 Novak Djokovic. A journey both on and off the court. He’s been made to fight on the court and had to keep his, and everyone else’s, expectations at bay off it.

Coming into the US Open, he said, “I’m hugely inspired and motivated by that, no doubt. But at the same time, I know how to balance things out mentally, with lots of expectations, obviously, around.” The *that* he refers to a calendar Slam – winning all four major tournaments in the same year. No man has done that since Rod Laver in 1969. No man has even come close to repeating that achievement in the 52 years since.

Then there was the added expectation of breaking the tie with his Big 3 rivals Roger Federer and Rafael Nadal, both missing US Open with injuries. He had never been level with the duo before and now he was on the cusp of going past them – getting to 21 Slams.

That motivation and inspiration to win a Grand Slam started to get difficult to contain as the tournament went on. After beating Alexander Zverev in a five setter, he said, “I’m going for a fourth US Open, that’s all I’m thinking about.” And then he added, “I’m going to play the final like it was my last match.” In the previous round’s win, he had explained that being constantly prompted about the subject leads him to think too much, which can “burden” him mentally.

Djokovic had already won the Australian Open, the French Open, and Wimbledon. He was 27-0. His attempt at winning a Golden Slam were thwarted in Tokyo. The calendar Slam was still within sight. And then it got bigger with each passing round.

It wasn’t unravelling as comfortably as he would have liked. He had dropped six sets on the way to the final – coming back from a set down in his last four matches. This wasn’t the usually flawless Djokovic. But that had been the case multiple times through the year and yet he came out victorious. Just ask Denis Shapovalov.

And then his bid to win a calendar Slam also came crashing down in New York at the hands of Daniil Medvedev. The Russian won 6-4, 6-4, 6-4 in a surprisingly straightforward fashion for his first Slam. The 25-year-old triumphing for the first time at a major in his third final appearance.

“He was going for huge history,” Medvedev said later. “Knowing that I managed to stop him, it definitely makes it sweeter.”

For a visibly emotional Djokovic, the overwhelming feeling, despite missing the calendar Slam and 21st Grand Slam title, was one of “relief”.

“I was glad it was over. The buildup for this tournament and everything that mentally, emotionally I had to deal with throughout the tournament in the last couple of weeks was just a lot. It was a lot to handle,” Djokovic said.

“I was just glad that finally the run is over. At the same time I felt sadness, disappointment, and also gratitude for the crowd and for that special moment that they created for me on the court,” he added.

That’s not a new feeling for a tennis player either. At the 2015 US Open, Serena Williams was on the brink of becoming the first woman since Steffi Graff in 1988 to win a calendar Slam. She, like Djokovic, had won the first three majors and the path to US Open glory was cleared up. Until she was upset by Roberta Vinci in the semi-finals.

Djokovic recalled speaking to Williams at that tournament. “She was very emotional about everything that was going on. I can relate to what she’s been going through right now. I understand it now,” said the 34-year-old from Serbia. “I understand why she wanted to avoid all the questions about it, because in the end of the day, you have to go out on the court and deliver. You’re expected to always win.”

For Djokovic, it has been a fortnight where he has shown his vulnerable side. He’s shown that he can be pushed on the court and in the final, he showed how much public affection means to him.

Having saved a Championship point and held serve, the crowd continued to cheer and applaud Djokovic. The Serb held up his hand in appreciation and bawled into the towel. When he took court to try and prolong the match, his eyes were puffy and red – not the look he would have imagined of the fag ends of his calendar Slam quest.

“I would like to say that tonight, even though I have not won the match, my heart is filled with joy and I’m the happiest man alive, because you guys made me feel very special. You guys touched my soul,” he said during the trophy ceremony. “I’ve never felt like this in New York, honestly. I’ve never felt like this. I love you guys. Thank you so much for your support. I love you and I’ll see you soon.”

In the press conference later, he stressed how unexpected the whole support was. “They pleasantly surprised me. I did not know, I did not expect anything, but the amount of support and energy and love I got from the crowd was something that I’ll remember forever. I mean, that’s the reason on the changeover I just teared up. The emotion, the energy was so strong. I mean, it’s as strong as winning 21 Grand Slams. That’s how I felt, honestly. I felt very, very special.” Novak Djokovic cries as he sits on his bench during a changeover in the third set of the men’s singles final against Daniil Medvedev. AP

“They touched my heart, honestly. Of course, in the end of the day you want to win. You’re a professional athlete. These are the kind of moments that you cherish. These are connections that you establish with people that will be lasting for a very long time. Yeah, it was just wonderful.”

Djokovic, coming through an era of Federer and Nadal, the more universally liked members of the Big 3, he has mostly always played against partisan crowds. In New York, he hasn’t been exceptionally welcomed. Considered one to break the Federer-Nadal duopoly, he was jeered off the court in 2008 after beating Andy Roddick. Six years ago, they cheered Djokovic’s missed serves, errors and interrupted between first and second serves against Federer.

On Sunday, there was a turn in the relationship. It was Medvedev’s turn to bear the brunt of the rowdy crowd as he looked to seal the Championship. It was Djokovic who was cheered and applauded for every little thing.

He may finish as the G.O.A.T. – if measured in Grand Slam success – but this was a big moment in Djokovic’s career. A moment where he became a well-liked athlete by not just his peers but a packed stadium too.

After US Open 2021 win, Emma Raducanu moves up 127 places to 23rd in world rankings
Rafael Nadal drops out of ATP top five as compatriot Carlos Alcaraz leaps 17 places to 38