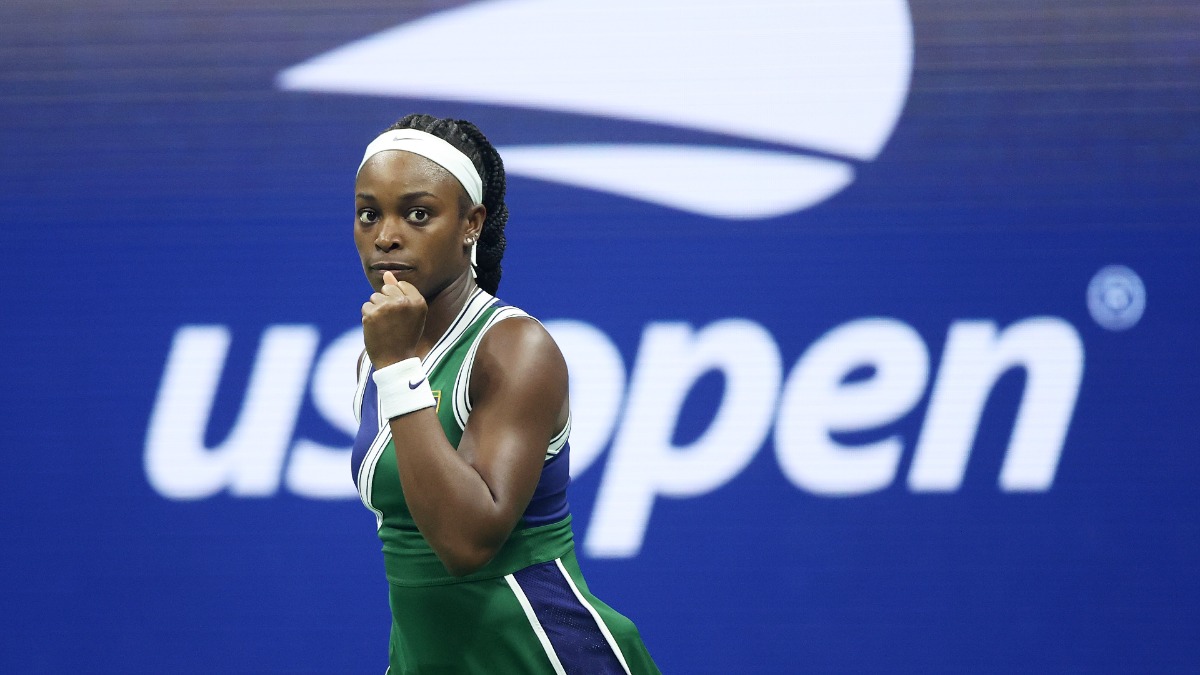 New York: Three years ago, a reporter asked Sloane Stephens to point out a younger tennis player most fans might not have heard of yet, someone she thought could become a household name some day. Stephens paused to ponder, but not for long, before responding: Coco Gauff, then 14.

Stephens had first met Gauff several years earlier — they last hit together on a court in Florida when Gauff was 12 — and clearly knew what she was talking about. The world would quickly discover Gauff, too. The pair of friends met in an official match for the first time Wednesday night at the US Open, and it was Stephens, the 2017 champion now ranked 66th, who pulled away for a 6-4, 6-2 victory over Gauff, now 17 and seeded 21st.

Afterward, the pair met at the net for a warm hug, before Stephens praised the player — and person — Gauff has become.

“I love Coco. I think everyone knows I love Coco. At the end of the match, I said, ‘I love you.’ She’s such a great player and I feel so lucky to have seen her grow up and play since she was 8,” Stephens told the Arthur Ashe Stadium crowd.

“I know,” Stephens added, “there’s going to be great things ahead for her.”

Sloane Stephens is into R3 in New York for the second straight year.

Is she primed for another deep run? pic.twitter.com/A6ORFdQcoB

With the Ashe roof shut during a heavy downpour brought by remnants of Hurrican Ida — a tornado warning was in effect in the region and there was flooding around the grounds of the Billie Jean King National Tennis Center — the thump-thump-thump of the rain created a bass beat that drowned out the usual sounds of a tennis match. It was so loud Stephens could barely hear the questions during her on-court interview.

Only one other court at Flushing Meadows can be covered during bad weather, but even that was an issue because wind helped push rain through the space between the concourse and the retractable cover at Louis Armstrong Stadium — a gap there on purpose to provide natural ventilation. So the match between two-time major finalist Kevin Anderson and Diego Schwartzman was delayed for nearly a half-hour at 5-all in the first set while workers used air blowers to dry the playing surface, then stopped again early in the second set when the court got so wet that efforts to clear the puddles were abandoned.

Eventually, the tournament gave up on getting that match done in Armstrong and decided to move it to Ashe, where Schwartzman wrapped up a 7-6 (4), 6-3, 6-4 win, following the conclusion of French Open runner-up Stefanos Tsitsipas’ 6-3, 6-4, 6-7 (4), 6-0 victory over Adrian Mannarino. Those moving on in the men’s draw in the afternoon included No. 2 Daniil Medvedev, No 5 Andrey Rublev, and 18-year-old Spaniard Carlos Alcaraz, who takes on Tsitsipas next.

The match to determine the next foe for Stephens — three-time Slam champ Angelique Kerber vs Anhelina Kalinina — was supposed to be played in Armstrong following Anderson-Schwartzman but was postponed until Thursday.

The conditions didn’t matter at all to defending champion Naomi Osaka, who advanced in the morning when her second-round opponent, Olga Danilovic, pulled out of the tournament because of what she said was a viral illness — but not COVID-19 .

Other past major title winners Simona Halep, Garbiñe Muguruza, and Victoria Azarenka moved on more conventionally with straight-set wins. Muguruza next faces Azarenka, who in addition to a pair of Australian Open trophies is a three-time runner-up at the US Open, including when she lost to Osaka in the final a year ago.

Osaka hasn’t been beaten in a Grand Slam match since losing to Gauff at the 2020 Australian Open.

And against Stephens, Gauff did briefly display the varied skills that helped her to that win and others on big stages, including twice against Venus Williams, and a run to the Roland Garros quarter-finals in June.

But Stephens, quite simply, was better. From 4-all at the outset, she claimed eight of the remaining 10 games, with a performance largely built with terrific placement of her serves and stinging forehands. Gauff’s lone break chance came when she was up 2-1 in the second set, but Stephens held there, then broke at love and was on her way, never ceding another game.

Gauff had seen that forehand up close five years ago during a friendly practice but, as she noted: “I definitely don’t remember how her ball felt when I was 12. She definitely was probably taking some pace off then. I don’t really count that.”

Stephens, who was two points from losing to good friend Madison Keys on Monday in a rematch of their 2017 final in New York, won 39 of 49 points she served, an 80% rate. She also put 84% of her first serves in play.

“I love that,” Stephens said when a reporter told her about that number.

Both walloped the ball during big-strike exchanges from the baseline, with enviable and unrelenting power. The official stats showed they combined for 24 winners and 44 unforced errors, but that latter designation seemed unfair to assign, given how much each was forced to try to handle from the other side of the net.

“Obviously, I have a lot of respect for Sloane. Looked up to her for a while. Known her since I was little,” Gauff said. “But I don’t think our relationship affected the match.”

US Open: Defending champion Naomi Osaka Advances By Walkover; Simona Halep Wins
US Open 2021: Victoria Azarenka says it is ‘a bit bizarre that fans have to be vaccinated and players are not’