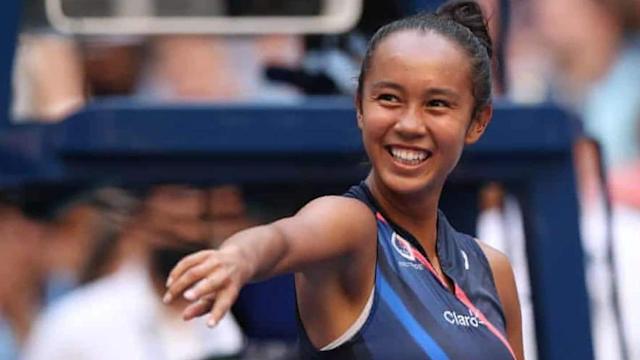 When Naomi Osaka lost, she squandered a set lead while serving for the match. The serve went missing, the forehand became errant. Suddenly, none of her forehands were landing in or going over the net. Frustration crept in and the racket bore the brunt of it.

Two days later, it was Angelique Kerber’s turn to go through something similar. The German, also a multiple Grand Slam champion, wasn’t disintegrating in the same way as Osaka did. She was just getting no say despite being a set and a break to the good. Kerber, a 2016 US Open winner, has the tendency to chase down most balls, to return almost every ball – short or deep – while going very close to the ground in exceptional counter-attacking style. And yet she conceded 45 winners.

In tennis, momentum is claimed to be a big difference-maker. Osaka was a set up and served for the match. Kerber was a set and break up. And yet it made no difference to the woman across the net. Leylah Fernandez, who turned 19 on 6 September, then went on to add Elina Svitolina to the list of players she’s beaten this fortnight.

Svitolina, too, carried the momentum going into the third set. This time, however, Fernandez had won the first set and Svitolina’s impetus wasn’t as considerable as that for Osaka and Kerber. The Ukrainian was finding her range, out-hitting Fernandez, making fewer errors than the first set but still not in control as the third set approached. The gap between the two players wasn’t as large. Fernandez, ranked 73rd in the world, was still in it against the fifth seed Svitolina.

In the third set, three consecutive breaks of serves were traded with Fernandez holding a 5-2 lead. Svitolina roared back to force a tiebreak where the Canadian won on her first match point opportunity.

At crucial junctures in all three matches, Fernandez – the youngest US Open semi-finalist since Maria Sharapova in 2005 – would raise her right fist or windmill her arms, firing herself and crowds inside packed stadiums.

The left-hander would turn her back to the court, the opponent, face the wall and collect her thoughts. Motivate herself and repeat the mantra of the day. On Tuesday, as she beat Svitolina, it was aimed at self-belief.

“I was only thinking of trusting myself, trusting my game. After every point, win or lose, I would always tell myself, ‘Trust my game. Go for my shots. Just see where the ball goes,’” said Fernandez, who had never been past the third round in her previous half-dozen major appearances. “I see what I’m feeling. I see if there’s one phrase that really catches me or that makes me more motivated than the others. I just keep it throughout the match.”

Born in Montreal to a Filipino-Canadian mother and an Ecuadorian father, who happens to be her coach, Fernandez resides in Florida. And the American crowd has made Leylah as one of their own.

“Thanks to you, I was able to push through today,” she told the crowd after beating Tokyo Olympics bronze medallist Svitolina.

It appears, Fernandez likes the spotlight.

Asked whether she’s more nervous against a top player in a big stadium or a lower-ranked player at a smaller site, her reply was simple: “There’s no difference.”

Based on the last couple of days, hard to argue with that.

With luck of the net bringing up match point, an errant backhand brought curtains down on yet another remarkable evening on Arthur Ashe Stadium for Fernandez. She dropped to her knees near the baseline, covered her face and embraced Svitolina.

Up next for Leylah is another higher ranked player in Aryna Sabalenka. The Belarusian possesses a different set of skills and shot-making than Osaka, Kerber and Svitolina. Her experience at the biggest stages of majors, however, isn’t as strong as the trio. But there’s plenty of promise. There’s plenty of fight in Leylah Fernandez, the left-handed teenager from up north who has taken New York, and her peers, by surprise.