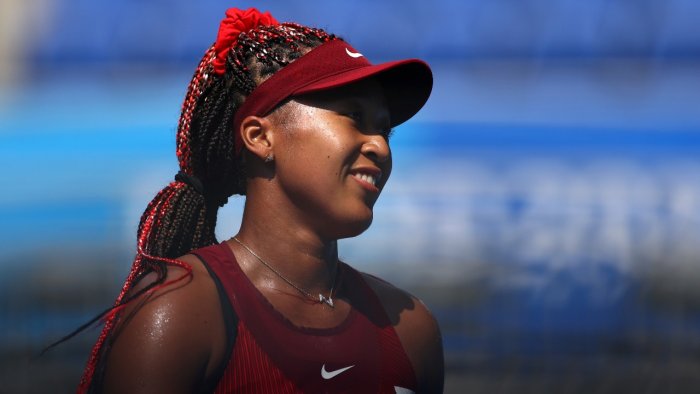 New York: Defending US Open champion Naomi Osaka has ruled out any future repeats of her abrupt withdrawal from the French Open, saying Friday she would have handled the controversy differently if given the chance.

When she was fined and warned future similar violations could bring greater punishments, Osaka withdrew from the tournament and skipped Wimbledon as well, her actions raising global awareness of the mental challenges facing world-class athletes.

Speaking in a room of reporters on Friday with more tuned in virtually, the 23-year-old Japanese star said she would do things differently if put in the same situation again.

“I feel like there’s a lot of things I did wrong in that moment,” Osaka said Friday. “But I’m also the type of person that’s very in the moment, like whatever I feel I’ll say it or do it. I don’t necessarily think that’s a bad thing.

“I think there’s a lot of things I learned to do better. Of course, I don’t feel the same situation will happen again. I’d say maybe think it through a bit more in the way that I didn’t know how big a deal it would become.”

Osaka, seeded third in the final Grand Slam event of the year that begins Monday, said she was happier to have people asking questions rather than getting them over audio and video monitors.

“Definitely it feels better to see the person,” Osaka said. “It’s really off-putting just to be seated in front of a screen. Maybe that’s one of the reasons why I feel, like, a lot of nerves. But it feels much better to be talking to a human.”

Osaka, who lit the cauldron in the opening ceremonies of the Tokyo Olympics, has played only once since then, losing in her second match last week at Cincinnati.

“I know I haven’t played that many matches. I know that I haven’t even gotten to a quarterfinal,” Osaka said.

“Actually I feel pretty happy with how I’m playing. I feel pretty confident with where I am right now. I’m not declaring that I’ll do amazing here. I’m the one-match-at-a-time person. Hopefully it will work out in the end.”

Osaka says she has had to adjust to feeling people look differently at her when they watch her play, a factor that could be a factor with full capacity crowds being allowed at the US Open after spectators were banned last year due to COVID-19 .

“It will definitely feel a bit different. I don’t really know how to describe it, but I kind of had to get over the feeling of people’s gazes feeling a bit different to me,” Osaka said. “At the same time I started to tell myself that it is what it is. I did what I did, so I can’t really change people’s perception on me.

Not a ‘robot Superman’

Osaka said she would like to be able to see the court as a sanctuary from off-court troubles, but she doesn’t.

“It would be nice if there was that line for me, but no. I’m the type of person that everything is sort of the same,” Osaka said.

“You could see it earlier on in my career. If there was something that was not right in my personal life, you could kind of see it in my playing.

“It would be really cool if I could draw that line and be able to be like a robot Superman that could go on the court, focus just on tennis.

“But no, I’m the type that kind of focuses on everything at one time. That’s why everything is sort of muddled to me.”