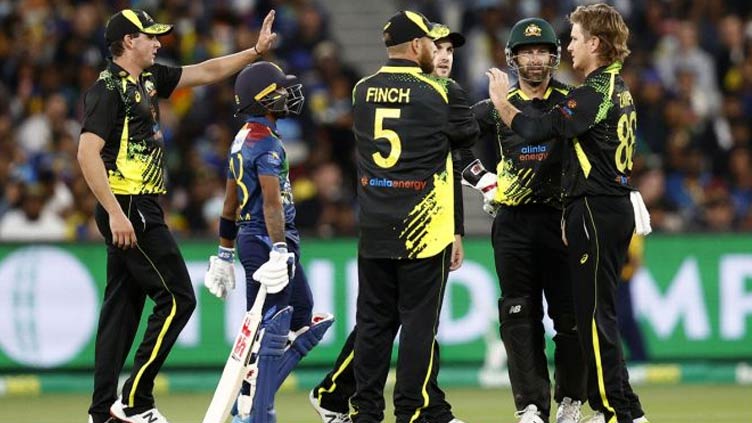 Australia eased to a six-wicket victory against Sri Lanka in the fourth Twenty20 international in Melbourne on Friday, barely needing to shift out of first gear as they heaped misery on the tourists who have yet to register a win in the five-game series.

Chasing 140, the home side suffered some early jitters before the middle order steadied the ship, cruising to 143-4 with 11 balls to spare courtesy of a 20-ball 40 by Josh Inglis.

Bowling with clever variations of pace, Lahiru Kumara (2-22) took the wickets of unconvincing opener Ashton Agar (26 off 31 balls) and captain Aaron Finch (two), who increased his run of scores without a half-century to 12.

Inglis, who struck the only two sixes of the innings, partnered Glenn Maxwell (48 not out) at the crease with the side at 49-3 in the ninth over and the duo put on a carefree 71 runs together to put the result beyond doubt.

“It looked like (Inglis) was batting on a different wicket,” said Maxwell.

“He was really calm out in the middle for just his fourth game of international cricket.”

Earlier, fast bowlers Kane Richardson (2-44) and Jhye Richardson (2-20) combined for a flurry of late wickets to restrict Sri Lanka to 139-8 when a more competitive score could have been achieved — summing up Sri Lanka’s batting woes in Australia.

The world champion paid the price early for resting Pat Cummins and Josh Hazlewood, conceding 35-0 in the first four overs while Sri Lanka’s openers took on the long boundaries.

Agar induced a false stroke by Danushka Gunathilaka (17) to break the stand though, and a sharp run-out by Maxwell to dismiss Kusal Mendis (27) pegged the visitors back further.

The 23-year-old Pathum Nissanka again showed his potential, anchoring his side’s innings with little support, scoring 46 before being stumped off Adam Zampa.

The final match will be played in Melbourne on Sunday.