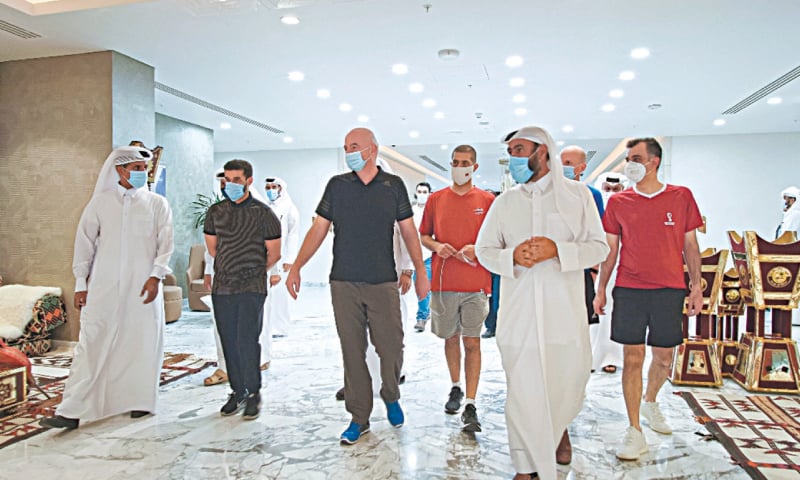 The latest edition of the tournament – which features the champions of the six continental confederations along with the top team in the host nation – was due to be played at the end of this year in Japan before it pulled out as host because of the pandemic.

The Club World Cup is usually played in December but this is the second successive year in which it has been delayed – the 2020 edition in Qatar was played in February this year.

“The Club World Cup will be played in early 2022. There are no precise dates yet, but the host will be the United Arab Emirates,” Infantino said at a press conference following a FIFA Council meeting.

A February start date seems most likely given the Africa Cup of Nations will be staged in Cameroon from 9 January to 6 February.

South America will be represented by either Palmeiras or Flamengo, with the Brazilian duo meeting in next month’s Copa Libertadores final.

Bayern Munich won the most recent edition of the Club World Cup, which has been held in the UAE on four previous occasions, most recently in 2018 when Real Madrid were the winners.

A lucrative, revamped 24-team Club World Cup, including eight sides from Europe, was due to be played in China this year before the pandemic put that project on hold.