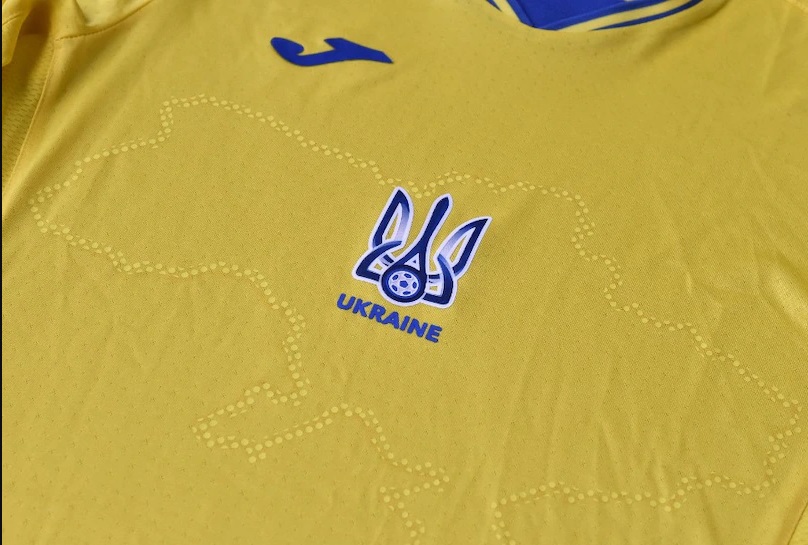 Ukraine provoked Moscow’s ire Sunday as its football federation unveiled Euro 2020 kits that feature Russian-annexed Crimea and popular nationalist slogans. Postponed due to the coronavirus pandemic, Euro 2020 will be played from June 11 to July 11 across 11 cities including Saint Petersburg. Russia’s second city will host seven matches, including a quarter-final. In a statement on Facebook, Andriy Pavelko, the president of the Football Federation of Ukraine, said Ukrainian players will wear “special uniforms” and posted photos of the jerseys in the blue-and-yellow colours of the Ukrainian flag.

The football kits feature the contours of Ukraine that include Russia-annexed Crimea and the separatist-controlled regions of Donetsk and Lugansk as well as the words “Glory to Ukraine! Glory to the Heroes!”

“We believe that Ukraine’s silhouette will give strength to the players because they will fight for all of Ukraine,” Pavelko said.

The “Glory to Ukraine” slogan is a patriotic chant that became a rallying cry for protesters who ousted a Kremlin-backed leader, Viktor Yanukovych, during a popular uprising in 2014.

The revolt was condemned as illegal by Moscow and sparked a crisis in ties between the two countries. Russia annexed Crimea and supported Russian-speaking insurgents in Ukraine’s east. The conflict has claimed the lives of over 13,000 people since 2014.

The “Glory to Ukraine” call and “Glory to the Heroes” response are associated with Ukraine’s decades-old fight for independence.

The slogans have drawn criticism from Moscow for its association with World War II-era nationalist groups who both fought against and cooperated with the Nazis.

‘Illusion of the impossible’

The design, she said, brings to mind the art technique of “trompe l’oeil” that tricks the eye and creates the “illusion of the impossible”.

Zakharova also said that Euro 2020 organisers and fans “should know” that the Ukrainian rallying cry “imitates” the infamous Nazi slogan.

“During the war this Nazi battle cry was used by regular and irregular nationalist Ukrainian armed units,” Zakharova said on messaging app Telegram.

“Let our players then take to the pitch in T-shirts featuring the contours of the Russian empire that include Poland, Ukraine and Finland.”

Speaking to RT, he quipped the Ukrainians had designed the kits under the influence of “magic mushrooms.”

In 2018, former Croatia international Ognjen Vukojevic was kicked out of the World Cup semi-finalists’ delegation after posting a pro-Ukraine clip that caused a political row.