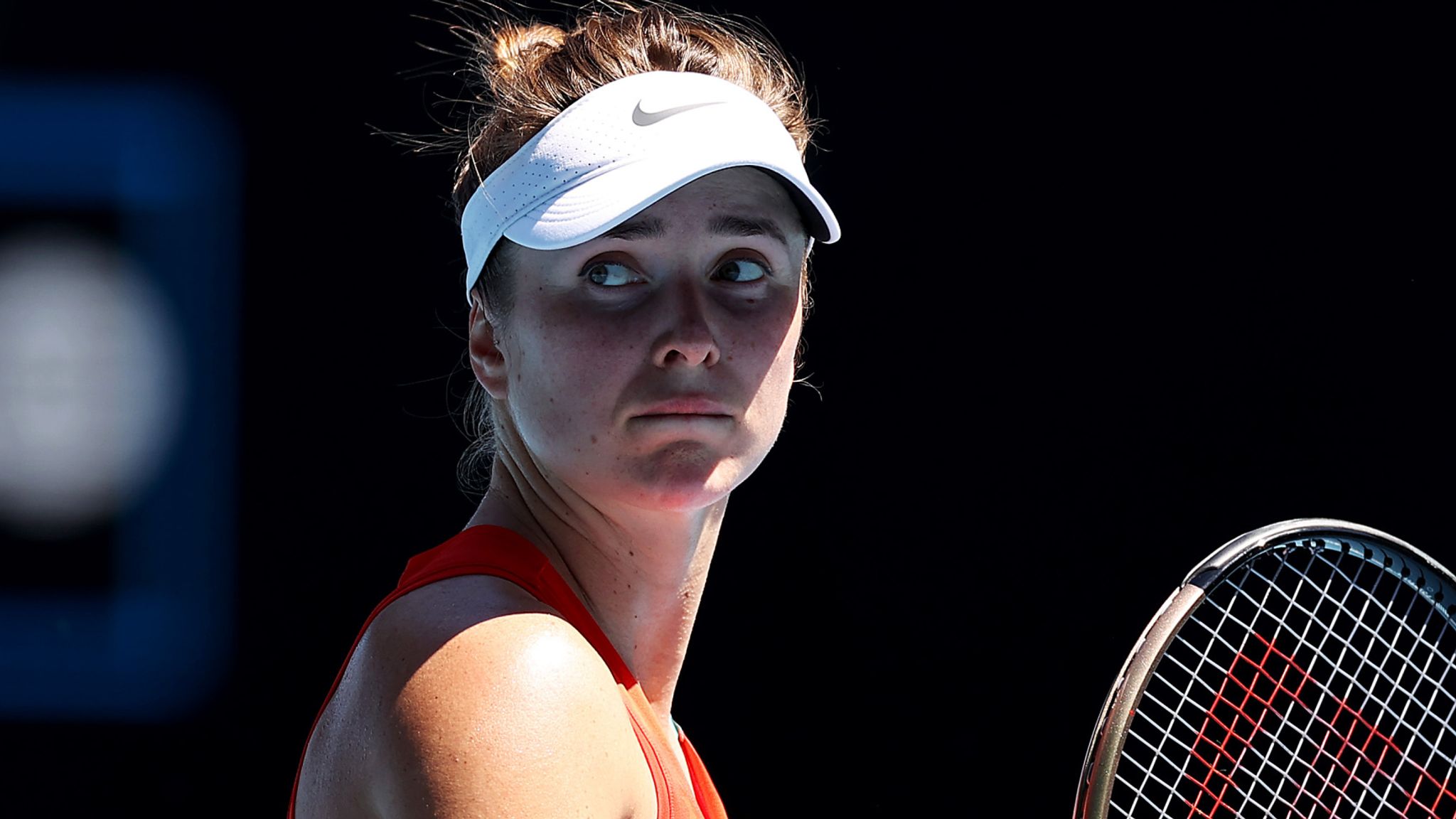 She also criticised the governing bodies of tennis, shortly after two of her compatriots aimed a swing at the WTA when they criticised the organisation for not taking a position on the Russian invasion of their country.

Svitolina, ranked 15th in the world, is the top seed in the WTA tournament in Monterrey where she is drawn to play Russian Anastasia Potapova in her first match. Two other Russians, Kamilla Rakhimova and Anna Kalinskaya, are also in the draw.

“I want to announce that I will not play in Monterrey, nor any other match, against Russian or Belarusian tennis players until our organizations take the necessary actions,” Svitolina wrote on Twitter.

“I do not blame Russian athletes,” she wrote. “I wish to pay tribute to all players, especially Russians and Belarusians, who bravely stated their position against the war. Their support is essential.”

But, she wrote, the governing bodies of men’s (ATP), women’s and international (ITF) tennis needed to act.

“I believe the current situation requires a clear position from our organizations: ATP, WTA and ITF,” she said.

Svitolina was echoing two other Ukrainians, Marta Kostyuk, ranked 54th in the world, and Lesia Tsurenko, a former top-25 player now ranked 127, who both posted a letter on social media expressing “our great surprise and dissatisfaction with the lack of any response with the situation in our Motherland”.

“It is especially strange that in prior cases of social justice and sexual harassment the response of the WTA was prompt, appropriate and bold,” they wrote.

“We demand that WTA immediately condemn the Russian government, pull all tournaments out of Russia and approach the ITF to do the same.”

They urged the WTA to “follow the guidance of the IOC”, which has called for a sporting ban on Russia.

But Kostyuk and Tsurenko stopped short of calling for a ban on Russian players.

“We fully support our colleagues from Russia and any Russian-speaking tennis player as we understand the unprovoked attacks happened without their knowledge and participation.”

“Stop the War. Stop Russian aggression. Bring Peace to our homes. Be HUMAN,” they concluded.

The WTA did on Monday tweet a video of Ukrainian sisters Dayana and Ivanna Yastremska taking the court for a doubles match in Lyon.

The pair lost 6-2, 6-4 to Spaniard Georgina Garcia-Perez and Xenia Knoll of Switzerland.

Dayana said her family had needed to shelter from bombs underground last week, before her and her 15-year-old sister embarked on a tiring journey to France, leaving their parents behind in Ukraine.

“We were woken up by bombs,” the 21-year-old, who said she went three nights without sleep, told a press conference. “We didn’t realise or understand what was going on… It was crazy…

“My father told me ‘I don’t know how everything will end, but you have to take care of each other. You have to build your new life’.”

Yastremska said they travelled away from Odessa by car, before eventually crossing the Danube by boat to reach Romania.