UEFA Women’s Champions League final: For Barcelona’s Asisat Oshoala, repeating mistakes from 2019 is not an option 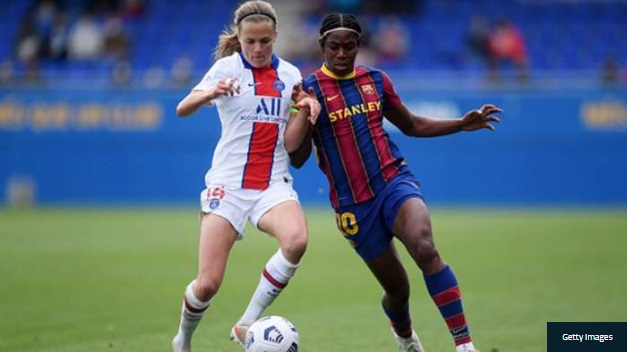 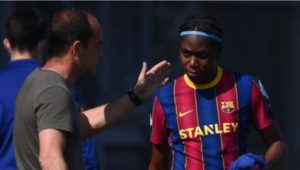 Despite being injured during the season, the Nigerian captain has scored 15 goals in 21 Primera Division appearances as she helped her team to win the title. She has also added four goals to her tally in eight UEFA Champions League games, which makes her a threat in the all-important final on Sunday.

Ahead of the final, Oshoala insists that her side has learnt from the mistakes they made in 2019, and will not be repeating the same.”I think it’s about the experience. Now we already have the experience of how European football is, and how a top game like this is being played. So, I think we are going to be better with our tactics this year, how we got out and play, and everything,” she said in a response to a question posed by Hindustan Times during an international media called organised by FC Barcelona Femeni.

Oshoala was the sole Barca player who had scored in the defeat against Lyon two years ago.

“For us, it was good to reach the final in 2019, but we lost. Then we picked up our corrections from there, and I think, come the 16th, I don’t think we are going to make the same mistakes again. Because we already have learned from the past,” she further added.

Barcelona star striker Lieke Martens, who had started the final two years ago, further added that the 2019 encounter has helped the team in dealing with stress and nerves of a big game.

“I think we have been really good the last couple of years, having tough opponents. All those games will help you play in the game on Sunday,” Martens said during a virtual press conference.

“The more experience you have, the better it is. With pressure, with nerves — everything. I think it will help, the girls will definitely feel better having played a final before. We will take any advantage of everything we have. We will see how it ends, but the feeling in the team is really good,” she added.

The competition for Barcelona is not an easy one though. Chelsea have clinched their second consecutive Women’s Super League title this year, winning 18 games in the season. The Blues scored 69 goals in WSL this season, and conceded only 10, with goalkeeper Ann-Katrin Berger emerging as one of the best players of the season.

Chelsea’s star strikers Sam Kerr and Fran Kirby have been in great form as well, scoring 21 and 16 goals, respectively in the English league.Apart from the WSL title win, Chelsea have also won the Community Shield, and Continental Cup, and are also in the running to win the FA Cup.

While Oshoala acknowledges the strength of the opposing team, she insists Barcelona are focused on their own game plans and will continue to play their own style of football in the final.

“Yeah, of course (we are focusing on Fran Kirby and Sam Kerr), they are great players. But these are not just the two only good players in the team. All the players in Chelsea team are really, really good,” Oshoala said.