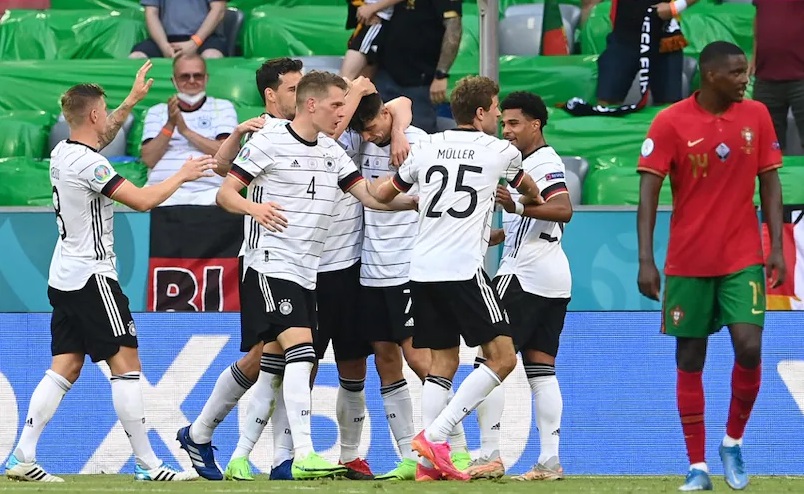 Germany defeated Portugal 4-2 in Group F at Euro 2020 on Saturday to revive their hopes of reaching the last 16 and leave the reigning champions in danger of crashing out. Cristiano Ronaldo put Portugal ahead in Munich but own goals from Ruben Dias and Raphael Guerreiro gave Germany the advantage before Kai Havertz and Robin 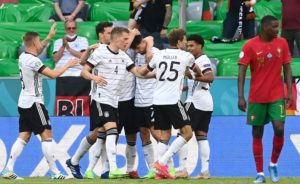 Gosens struck in the second half to make it 4-1. Diogo Jota pulled a goal back for Portugal, who are level on three points with Germany and a point behind leaders France. Portugal face France in their final game while Germany take on bottom side Hungary.