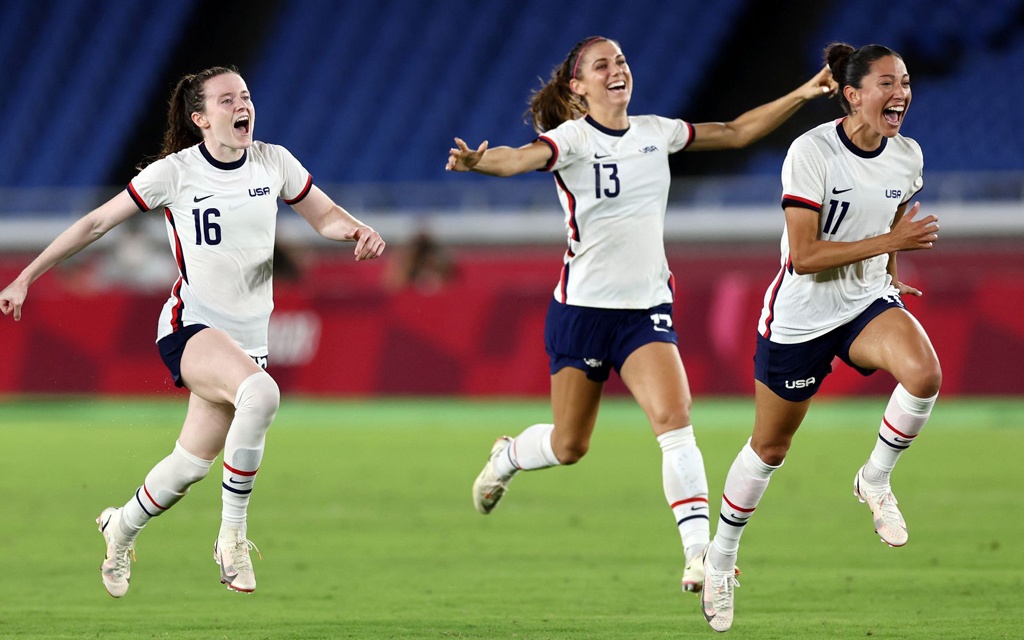 Players for the U.S. men’s national team said in an amicus brief filed on Friday that their counterparts on the women’s squad not only deserve equal pay but are entitled to more compensation than the men due to their unprecedented success on the field.

This is not the first time the men have voiced their support for the women’s gender discrimination lawsuit against the U.S. Soccer Federation, which seeks USD 66 million in damages under the Equal Pay Act.

But this time, it comes at a critical juncture as the women appeal a district court ruling from May 2020 that sided with the Federation with the hopes of having the case sent back to district court to be heard by a jury.

“But for more than thirty years, the Federation has treated the Women’s National Team players as second-class citizens, discriminating against the women in their wages and working conditions and paying them less than the men’s national team players, even as U.S. Soccer has enjoyed a period of extraordinary financial growth.

“The Federation has never offered or provided equal pay to the women, and the district court’s holding to the contrary cannot be squared with the facts.”

The men’s team said U.S. District Judge R. Gary Klausner relied on “oversimplified math” when he decided that the women were paid more than the men by adding up the compensation paid to the men and women and dividing it by the total number of games.

But the women only managed to get to the same total per game pay by having extraordinary success on the field, including two World Cup victories during the period covered in the case. During the same period, the men’s team did not qualify for the World Cup for the first time in more than 30 years.

“A woman’s rate of pay is not equal to a man’s if the woman must consistently achieve better outcomes merely to get to the same place,” the players said.

“If the women had won fewer games, or if the district court had analysed a more representative period of the men’s performance as a point of comparison, the per-game disparity would have been obvious, glaring, and undeniable.”

The men added that their collective bargaining agreement was signed in 2011 in the shadow of the financial crisis while the women’s contract was negotiated in 2017 after the Federation had experienced huge financial growth.

“Given the Federation’s dramatically improved financial circumstances, the women were due at least triple the compensation provided for in the men’s agreement,” they said.

The Federation did not immediately respond to a request for comment but earlier this month said they were “committed to equal pay,” adding that it would continue to push for a resolution with the players outside of the court system.

The U.S. women’s team defeated the Netherlands in a shootout on Friday in Tokyo to advance to the Olympic semifinals.

Premier League: Trent Alexander Arnold extends his contract with Liverpool until 2025.
UEFA to allow up to 13,000 fans for Super Cup clash