U-21 Euro Final, Germany U-21 vs Portugal U-21: All you need to know; Preview, Lineups, Match Timing in IST, Live Streaming in India 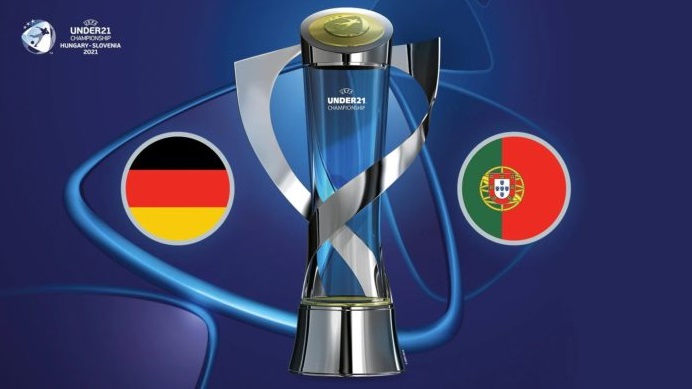 Die Mannschaft will be looking to claim their third European crown at this level, while the Esperancas will be hoping to lift the trophy for the first time.

Germany are through to their third successive final – equalling Italy’s previous record (1992, 1994 and 1996) – courtesy of a narrow 2-1 victory against the Netherlands on Thursday.

Germany U-21 vs Portugal U-21 Match Details:

When will U-21 Euro Final, Germany vs Portugal match be played?

The match will take place on Monday, 7th June.

Where will the U-21 Euro Final, Germany vs Portugal match be played?

The match will be played at the Stožice Stadium, Ljubljana in Slovenia.

What time will the match start?

Where can I watch the match on TV?

Indian fans can watch the match on Sony Liv and Sony Ten 2.

Sunday’s final in Ljubljana is set to be an enthralling and closely-fought encounter, and one that could go to extra time or even penalties.

Germany have the quality in the final third to make life difficult for their opponents and although Portugal have greater strength-in-depth, we predict Germany will once again lift the title given their pedigree in the tournament.