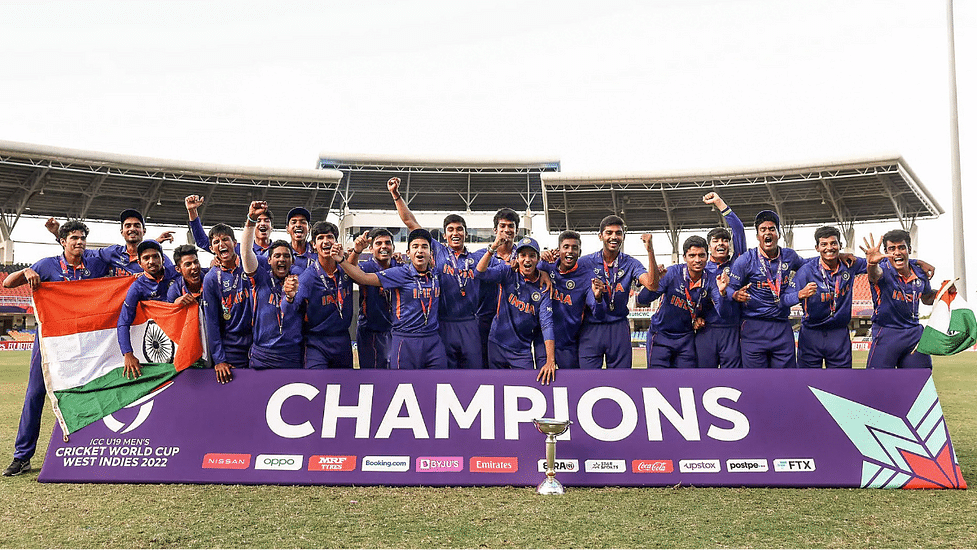 New Delhi: The BCCI on Sunday announced cash reward of Rs 40 lakh for each member of the victorious Indian U-19 team. The support staff will be paid Rs 25 lakh each.

India beat England in the U-19 World cup final in Antigua on Saturday for a record extending fifth title.

“They were impressive across departments and sealed India’s fifth World Cup. While their on-field performances were fantastic, the team also showed grit, determination and courage to bounce back strongly despite the Covid-19 cases in the camp,” said BCCI president Sourav Ganguly in a statement.

“I must also appreciate the efforts put in by the Head Coach Hrishikesh Kanitkar along with his members of the coaching group, support staff and VVS Laxman Head Cricket at the National Cricket Academy for the way they kept the team in good spirits and guided them to victory.

“We have the best structure in place for our age-group cricketers and some of the best coaches work closely with the boys.”

Six India players, including captain Yash Dhull, had tested positive for COVID-19 during the group stages of the tournament but the team overcame the crisis to lift the trophy.

“They had very little cricket in the run-up to the World Cup this time and despite that, India remained unbeaten,” Ganguly said.

“This is truly remarkable. The selectors have done an excellent job in picking the right team from a wide pool of cricketers. The boys have a long career ahead of them and I wish them the best.”

Asked to field first, India bowled out England for 189 after having them at 61 for six at one stage.

India completed the chase with 14 balls to spare.

Secretary Jay Shah said: “India is the most successful side in the history of U19 World Cups and the fifth title is a testament to the robust system and structure we have in place for our age-group cricketers.

“The Board takes age-group cricket very seriously and works closely to ensure we remain fluid with our approach to suit the demands of the team amidst the pandemic.”