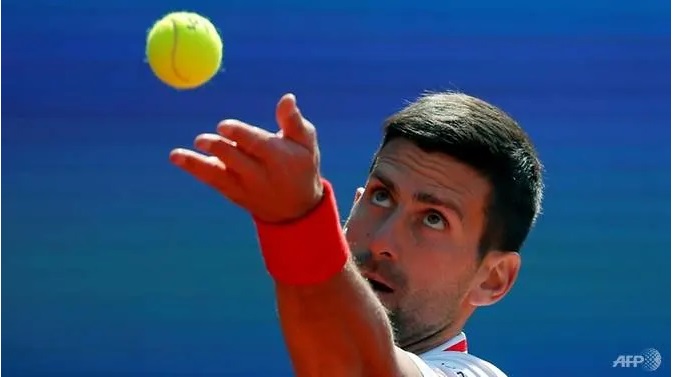 BELGRADE: World number one Novak Djokovic stayed on course for a third Belgrade title with a comfortable 6-1, 6-3 quarter-final win over compatriot Miomir Kecmanovic on Friday (Apr 23).

Djokovic, the 2009 and 2011 champion at the event that is played at a venue that carries his name, will face either Russia’s Aslan Karatsev or Gianluca Mager of Italy in the final.

In their first meeting, Djokovic broke his 21-year-old opponent’s first service game and repeated the feat for a 5-1 lead in the opener.

His only blip was when he was broken as he served for the match at 5-2 in the second set.

However, it was a brief respite for world number 47 Kecmanovic who handed back the break in the next game allowing the top seed to complete a 75-minute win.

In February, Djokovic, who captured an 18th Grand Slam title in Australia, opened his clay-court campaign in Monaco last week where he suffered a surprise last-16 loss to Britain’s Dan Evans.