Transition in Test team? After Wriddhiman Saha, Ishant Sharma out of reckoning; Rahane-Pujara on borrowed time 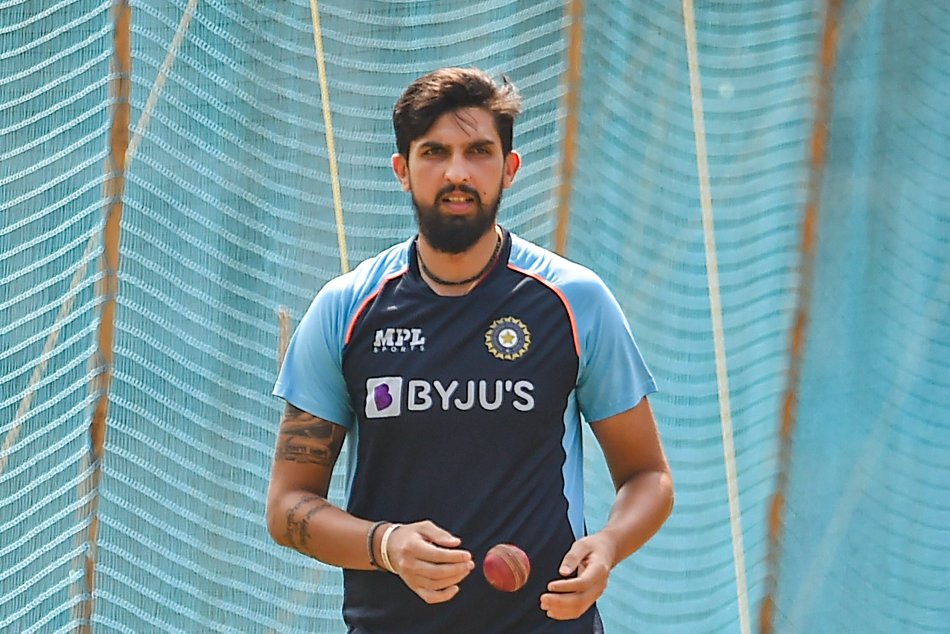 New Delhi: Ishant Sharma is set to skip the Ranji Trophy, Wriddhiman Saha has already withdrawn and the path does not seem too easy for Cheteshwar Pujara and Ajinkya Rahane — has the long due transition phase kicked in for India’s Test team? By the look of it, the wheels of change seem to have been set in motion keeping the upcoming home Test series against Sri Lanka in mind as Ishant’s Ranji pullout also puts a huge question mark on his international future.

It is understood that even Pujara and Rahane, who are playing Ranji Trophy, will have to score more than just a stray century to be in reckoning as their bad patch has been a prolonged one and one good innings might not undo the damage that has already been done.

The 33-year-old Ishant is the most experienced player in the current Indian Test set-up with 105 Test matches and 311 wickets in his kitty but has gone off the boil since the tour of England.

On Wednesday, Delhi and Districts Cricket Association (DDCA) selection committee met to pick the Ranji squad and despite the selectors as well as office bearers trying to get in touch with Ishant, they were unable to get a confirmation on his availability till evening.

“As and when, if he tells he wants to play, he will be included as he is a Delhi legend. But I don’t know what has happened to him since he has been incommunicado for the last week. He hasn’t come for Ranji team’s practice sessions. We don’t know what’s on his mind,” a senior DDCA selector said.

“We don’t know if the Indian team management has told him something which may have led to a change in his mind-set,” he added, rather confused.

The writing was on the wall when Ishant wasn’t even considered among the top five pacers who played the three Tests in South Africa.

“Just like Wriddhi, even Ishant has got feelers that his India career might just be over. Jasprit Bumrah, Mohammed Shami and Mohammed Siraj are now India’s No 1, 2 and 3 in priority list when all are fit,” a senior BCCI source told PTI on conditions of anonymity.

”Then comes Shardul Thakur, who is an all-rounder and Umesh Yadav was choice No.5,” he added.

Against Sri Lanka, India plays two Tests at Mohali and Bengaluru where the two pacers would be Shami and Bumrah (if both are fit) and the third will be Siraj.

It doesn’t make sense to take a senior bowler like Ishant and make him carry drinks when an Avesh Khan, Prasidh Krishna or Ishan Porel can get good exposure.

India, in 2022, play three more Test matches — two in Bangladesh and one in England which is part of the 2021 series.

Save the Test against England where they might think of fielding four pacers, Ishant is unlikely to fit into the scheme of things.

He played against New Zealand in Kanpur but looked pedestrian for the better part. In Mumbai, an injury was cited as reason for his ouster even though he was seen bowling at lunch time every day.

It is understood that he didn’t bowl well enough in the nets in South Africa to be considered for selection in top five.

Time running out for Rahane-Pujara duo

The only two people who have got a bit of grace period are Rahane and Pujara, who have had a dry run for two years.

If youngsters like Hanuma Vihari (a possible No.3) and the talented Shubman Gill (No.5) need to be settled in their new roles, it should start with the Sri Lanka series.

That initiation will ensure that they carry on deep into the World Test Championship’s second cycle.

Somewhere, the new team management under Rahul Dravid’s stewardship needs to take a few tough calls but it would also depend on what the new Test captain (in all likelihood Rohit Sharma) also feels about the future of these two seniors.

They are sure-shot selections against Sri Lanka but in their case, the team management wants them to play Ranji Trophy which means that if they can score heavily over a period of time, there is a chance of a comeback.

Unlike Ishant and Saha, who seem to have played their last Tests respectively.

For Rahane and Pujara, the Ranji Trophy begins with the two squaring off against each other and they would like to give their everything to keep their places in the team.