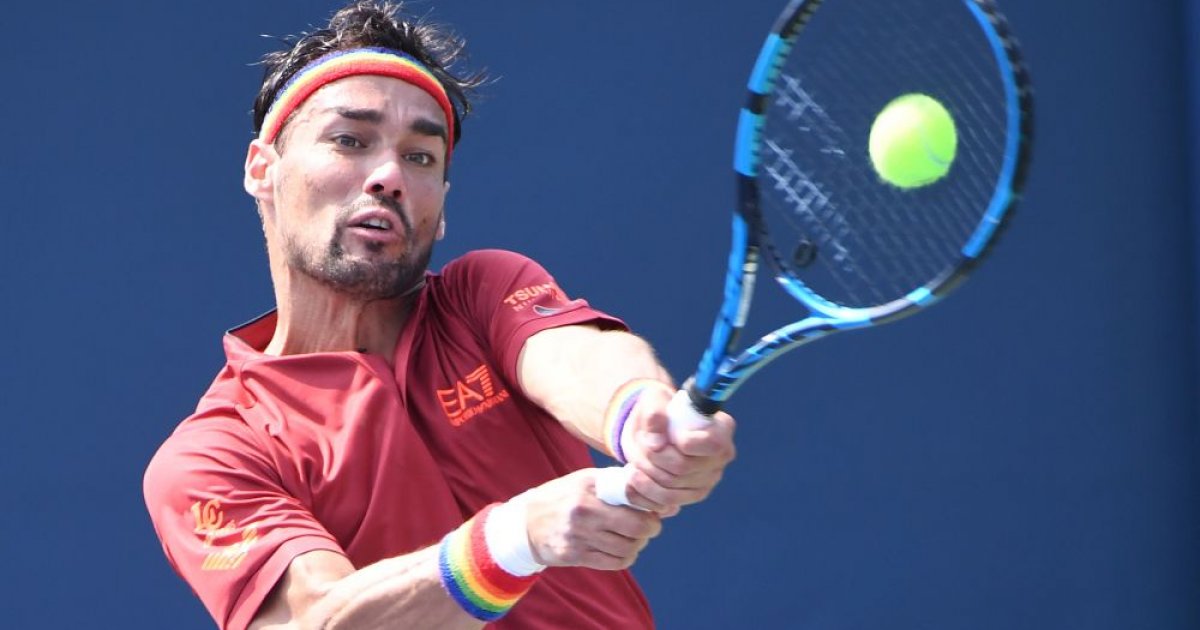 Toronto: Fabio Fognini needed all of his skills to survive into the second round of the ATP Toronto Masters on Monday as the Italian showman beat Jan-Lennard Struff 6-7 (2/7), 6-2, 6-4.

An exhausted Fognini tossed a racquet over his shoulder into the nearby crowd after his effort, lasting almost two and a half hours, against the 46th-ranked German.

Along the way, the unseeded Italian was seen by both the doctor and a physio in the second set before drawing a warning for time wasting as he went off court after levelling at a set apiece.

Fognini trailed 3-1 in the final set, but fought back with a break for 4-4 after Struff saved five break points but could not manage on a sixth.

A double-fault from the German two games later gave Fognini a match point, which he converted without hesitation.

Fognini finished with 26 winners while between them the pair committed nearly 90 unforced errors. Out of a cumulative total of 25 break points, only nine were converted.

The win earned Fognini a contest with fourth seed Andrey Rublev, who has won the pair’s matches at the ATP Cup and Wimbledon this season.

The Croatian, who combined at the Tokyo Games with compatriot Ivan Dodig to win the silver medal in an historic all-countryman final against Nikola Mektic and Mate Pavic, will serve as the summer’s first hardcourt opponent for Norway’s Ruud.

The Scandinavian earned a European clay hat trick after Wimbledon with consecutive titles in Bastad, Gstaad and Kitzbuehel.

Ruud won their only prior encounter on clay in Rome last season.

The 39th-ranked Cilic, the 2014 US Open champion, finished his defeat of Ramos-Vinolas in just under two and a quarter hours, firing 34 winners, including 13 aces.

But he was weighed down by 41 unforced errors in a match where he regained control in the final set to advance over his left-handed rival on a second match point.

Halle winner Ugo Humbert of France defeated Italy’s Lorenzo Sonego 6-3, 6-4 for a straightforward win into the second round and a date against new world number three Stefanos Tsitsipas.

The top eight seeds all have byes into the second round at the US Open hardcourt tuneup event.

American Sebastian Korda was forced to withdraw with lower back pain, handing a place in the draw to qualifying lucky loser Frances Tiafoe.