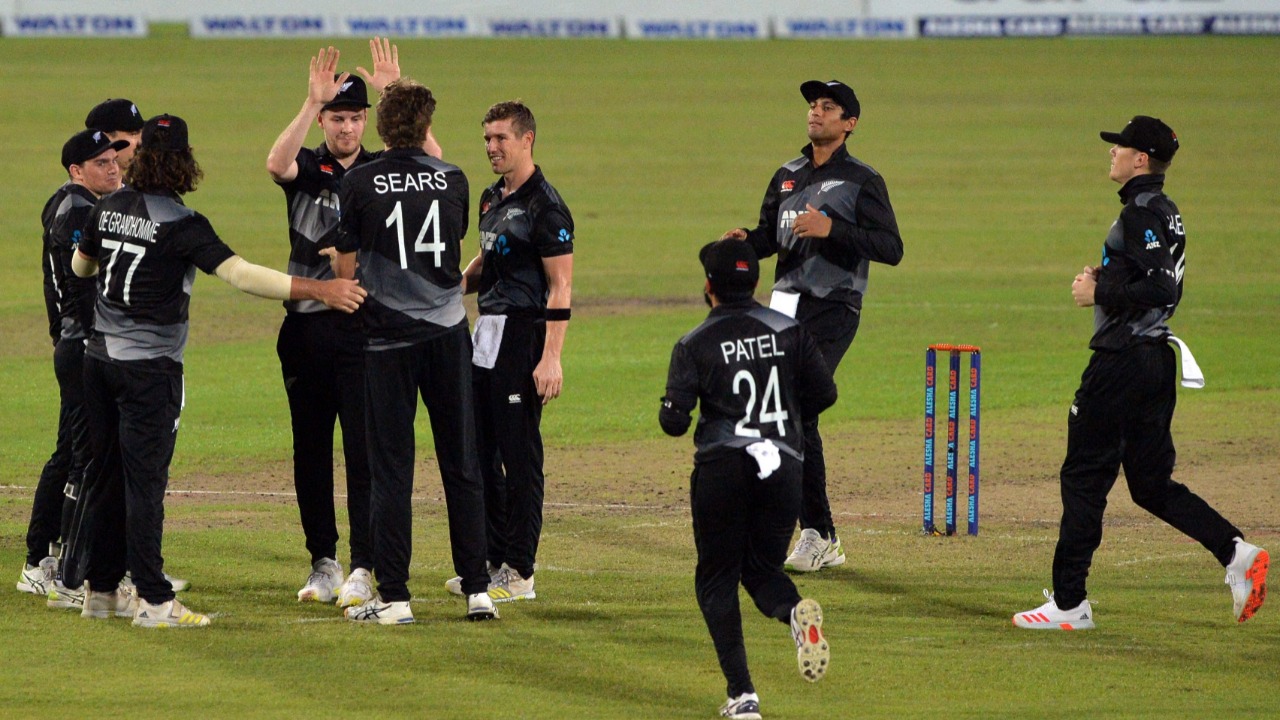 Dhaka: Skipper Tom Latham and Finn Allen hit attacking knocks to set up a 27-run consolation win for New Zealand in the fifth T20I against Bangladesh on Friday.

Latham’s unbeaten 50 and a 24-ball 41 by Allen guided New Zealand to 161 for five after electing to bat first in Dhaka.

The Kiwi bowlers kept down Bangladesh to 134-8 in 20 overs but the hosts took the five-match series 3-2.

Left-arm spinner Ajaz Patel and pace bowler Scott Kuggeleijn took two wickets each as Bangladesh faltered in their chase despite an unbeaten 49 by Afif Hossain. “Great to finish this leg of the tour on a high,” Latham, who was named man of the match, said after the win.

“The way we were able to piece it all together was (pleasing). We put up close to a perfect performance, took all the learnings from the previous games.”

Latham, a left-handed wicketkeeper-batsman, stood out with his second half-century of the series after Allen’s blitz to take the attack to the opposition bowlers.

Bangladesh were in trouble at 46-4 before Hossain and skipper Mahmudullah Riyad put on 63 runs for the fifth wicket to raise Bangladesh’s hopes of chasing down their target of 162.

Kuggeleijn broke the stand with Mahmudullah’s wicket and Patel trapped Nurul Hasan lbw for four to flatten the Bangladesh batting.

Kuggeleijn finished with 2-23 while Patel returned figures of 2-21 from his four overs.

“Would’ve liked to win today but I think New Zealand batted really well, we didn’t chase well but happy to win the series,” Mahmudullah said in praise of the opposition.

Bangladesh came into the game knowing the series was already in the bag thanks their six-wicket in the fourth match on Wednesday.

Allen and Rachin Ravindra took the advantage, forging a 58-run in the opening stand before Bangladesh had some success with the ball.

Shoriful Islam, who bore the brunt of the onslaught, removed Ravindra for 17 to earn Bangladesh their first breakthrough.

Allen was given leg-before out next ball but the decision had to be overturned on review as replay indicated that the ball pitched outside leg-stump.

Shoriful, however, had the last laugh as he bowled Allen in the next ball to stem New Zealand’s run flow.

Latham put New Zealand back in control with his sublime batting and was ably assisted by Henry Nicholls (20) and Cole McConchie (17 not out).

Shoriful finished with highest 2-48 for Bangladesh.

Left-arm spinner Nasum Ahmed was named player of the series for his eight wickets alongside Latham, who topped the batting chart with 159 runs.