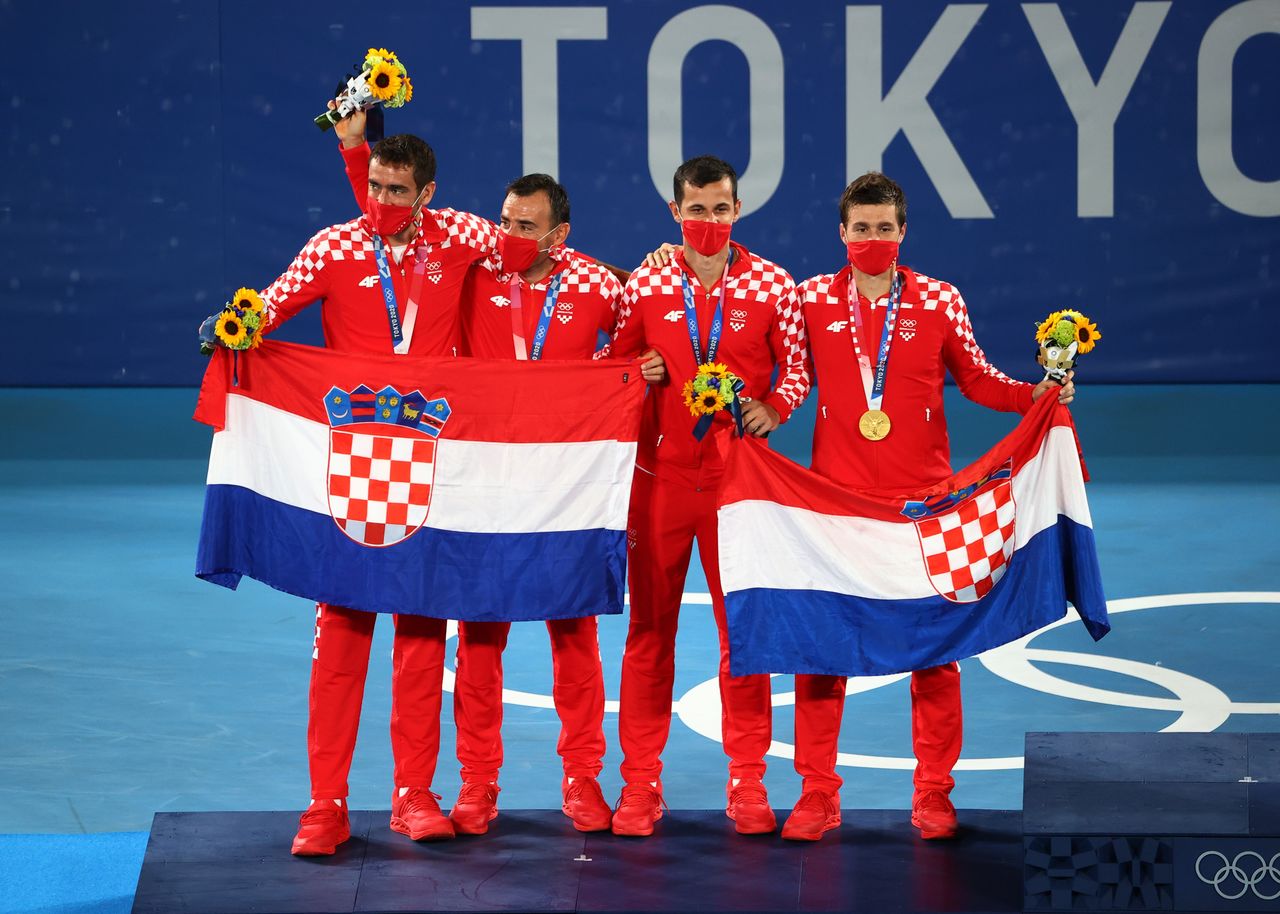 Tokyo Olympics- Tennis: Nikola Mektic and Mate Pavic win men’s doubles tennis gold- Top seeds Nikola Mektic and Mate Pavic of Croatia beat compatriots Marin Cilic and Ivan Dodig in a thrilling tie-break to win the Olympic men’s doubles title on Friday. The country were already assured of their first gold medal in tennis after both the pairs reached the finals of the Tokyo Games. Mektic and Pavic went on to win the match 6-4, 3-6 and 10-6.

Both duos improved on their country’s previous best tennis result at the Olympics, after three bronze medals.

“It’s more than a dream come true,” said Mektic as quoted by AFP. “We are delighted.”

Cilic, the 2014 US Open champion, and Dodig fought back after losing the first set, but slipped 7-1 down in the breaker.

The nerves kicked in for Mektic and Pavic as their lead was cut to 8-6, but they made no mistake on their first match point to cap a memorable month which also saw them win the Wimbledon title.

Mektic and Pavic have dominated the doubles circuit in 2021, winning eight ATP tournaments.

“This one (title) is definitely a special one. It’s tough to beat Wimbledon, which was only a couple of weeks ago,” added Mektic.

The only previous tennis medal winner from the country was Anthony Wilding, representing Australasia, who took indoor singles bronze in Stockholm in 1912. The four-time Wimbledon champion was killed during World War I three years later.

“To follow in his footsteps, he was New Zealand’s best-ever tennis player, is surreal,” said Daniell.

“It hasn’t sunk in yet, I’m a bit in disbelief. This is going to take some weeks to process.”

Daniell and Venus had lost in the semi-finals on Thursday to Cilic and Dodig.

It was New Zealand’s eighth medal of the 2020 Olympics so far.

Sandgren and Krajicek’s defeat ensured it will be the first time the United States have failed to win an Olympic tennis medal since the 1920 Antwerp Games. Tennis was not on the Olympic programme between 1924 and 1988.