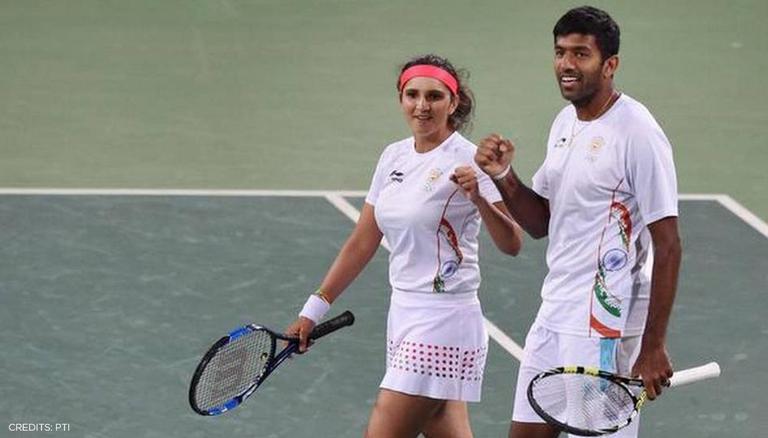 Tokyo Olympics: Rohan Bopanna, Sania Mirza blast AITA as India misses golden chance at Mixed doubles medal- India’s Tennis stars Rohan Bopanna and Sania Mirza have slammed the All India Tennis Association (AITA) for misleading the players and everyone else over Tokyo Olympics qualification. In a tweet post, Bopanna said that the International Tennis Federation (ITF) never accepted an entry for him and Sumit Nagal as doubles pair and made it clear that no changes were allowed after the nomination deadline unless there was an injury or illness.

ITF has never accepted an entry for Sumit Nagal & myself.
ITF was clear that no changes were allowed after the nomination deadline (22nd June) unless Injury/Illness.
AITA has mislead the players,government, media and everyone else by stating we still have a chance. @AnurajR1

Sania Mirza who is playing women’s doubles with Ankita Raina has come out in support of Bopanna. She called the incident ‘ridiculous and shameful’ while blasting the AITA.

“Whaaattt???If this is true then it’s absolutely ridiculous and shameful..by this it also means that we have sacrificed a very good shot at a medal in the mixed doubles if you and I would have played as planned. We were both told that you and Sumit’s names have been given ..” she tweeted.

Whaaattt???If this is true then it's absolutely ridiculous and shameful..by this it also means that we have sacrificed a very good shot at a medal in the mixed doubles if you and I would have played as planned. We were both told that you and sumit's names hav been given .. https://t.co/h3fGkK0im8

However, AITA Secretary-General Anil Dhupar on Monday hit back at tennis star Rohan Bopanna saying that “one shouldn’t be dependent on withdrawal of other players” to secure an Olympic berth.

The AITA Secretary-General further cleared the air about qualification for the Tokyo Olympics and said the federation had done its best to make sure maximum players could get a chance to feature in the Games.

“We have taken extraordinary efforts to ensure that our men’s doubles entry are done unfortunately Divij and Rohan’s entries were not accepted and were still on the waiting list, then all of sudden Sumit got an entry for singles. We got in touch with Sumit on whether to go or not to go. And by the time he confirmed we had already confirmed to ITF that he will be playing,” Dhupar told ANI.

“All formalities started on June 17 and we also wrote taking a chance that if Sumit being single’s player is also entitled to have a doubles partner. So that’s why we changed the nomination from Rohan-Divij to Rohan and Sumit for the Tokyo Olympics. All offices were closed on Saturday and Sunday, ITF is closed. I don’t know why he is saying all this. If you are so good why are you depending on people’s withdrawal? You are a world-class player you should enter the Olympics on your own, why are you depending on withdrawal.

“I don’t understand..and where is the problem from the federation. AITA has done its very best to ensure that Rohan and doubles players go to the Olympics so that we also get a chance to play mixed doubles. Entry into the Olympics is not in the hand of the federation. There is law and provisions for that,” Dhupar explained.

Dhupar also said AITA has not misled anyone and players who have missed on Olympics berth have done so because of their rankings.

“We have not misled, we have tried our best to have them on board, they have not made it because of their rankings. If they haven’t accepted Rohan and Sumit then Rohan and Divij’s nominations is still there. We are still trying to send Sumit, what can I do if Rohan’s name is not accepted by ITF,” said Dhupar.

Tokyo Olympics: In the men’s singles, Nagal qualified for the upcoming Tokyo Olympics on the basis of withdrawals.

Sumit Nagal has also captured ATP Challenger Tour titles at 2017 Bangalore and 2019 Buenos Aires. Earlier this month, Sania Mirza and Ankita Raina were confirmed to represent India in women’s doubles at the Olympics after entries were officially announced.

Sania is now set to become the first female athlete to represent India at four Olympics when she features at the Tokyo 2020, slated to get underway from July 23 while Ankita Raina will be making her debut at the showpiece event.