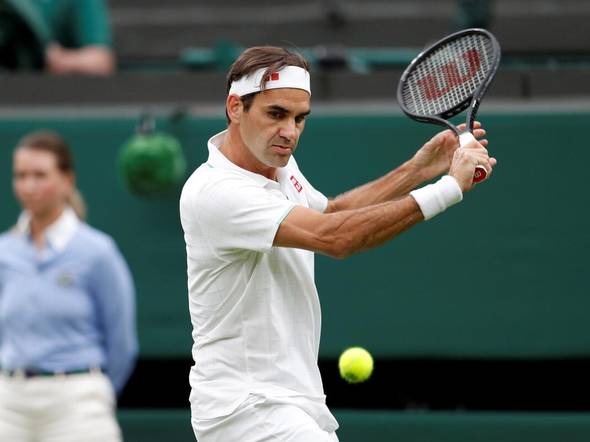 Swiss tennis maestro Roger Federer has been selected for Tokyo Olympics 2020 by the Swiss Olympic Association on Monday. Federer will represent his nation in the men’s singles tennis tournament and it will be his third Olympic Games.Roger Federer, 20-time Grand Slam champion, has been reportedly selected by the Swiss Olympic Association on Monday for the upcoming Tokyo Olympics. The forthcoming Summer Games will be his third Olympics.

According to a report in ANI, Federer will take part in the men’s singles event. The Swiss Maestro is currently in London, England, participating at the Wimbledon Championships.

The 39-year-old, who turns 40 the day the Games finish, won gold in doubles with partner Stan Wawrinka at Beijing 2008, and silver at London 2012 when he was beaten by Team GB’s Andy Murray. Federer missed Rio 2016 due to a knee injury.

Federer is the only representative for the Swiss men’s team. The women’s team features Belinda Bencic and Viktorija Golubic, who are playing in the singles and doubles.

116 Swiss athletes are traveling to the Olympic Games, which will take place in Tokyo from July 23. This is the largest delegation from Switzerland to the Summer Olympics since it was first held in 1896. 105 Swiss athletes took part in the Games in Rio de Janeiro five years ago.

Federer, in a bid to win his ninth Wimbledon title, will take on Lorenzo Sonego at centre court during their fourth-round match. So far, it’s been all good for the 39-year-old, who beat Adrian Mannarino in the first round after surviving a huge scare. In the second round, he swept aside Frenchman Richard Gasquet in straight sets, while beating Cameron Norrie in a four-set game in the third round on Saturday.