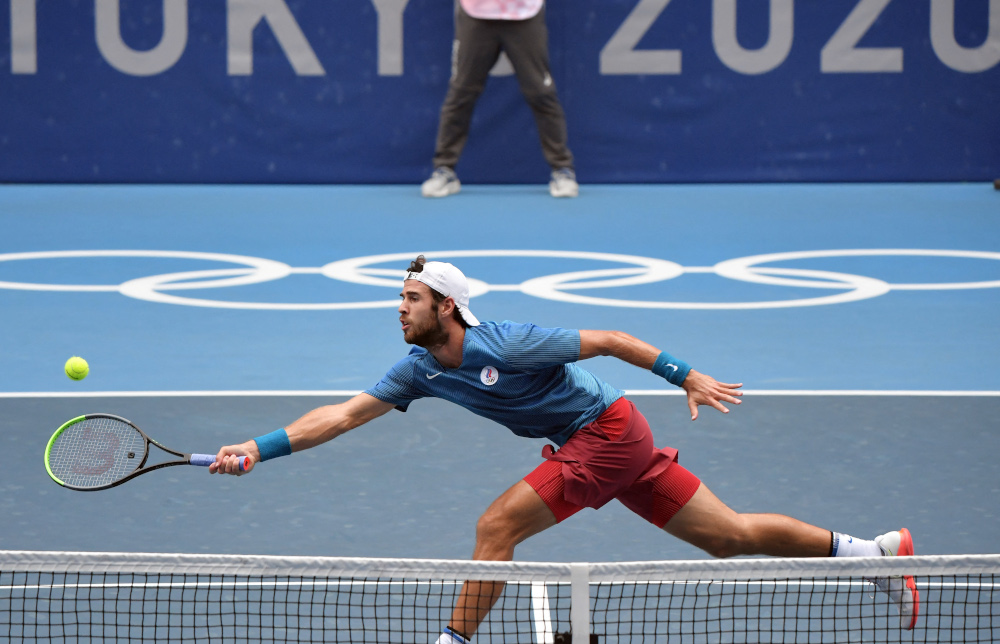 The 12th seed, a former top-10 player who has struggled for consistency in the last three seasons, produced an impressive display in Tokyo to dispatch Carreno Busta 6-3, 6-3.

Russian Karen Khachanov set up an Olympic men’s singles final against either Novak Djokovic or Alexander Zverev by overpowering Pablo Carreno Busta in the last four on Friday.

The 12th seed, a former top-10 player who has struggled for consistency in the last three seasons, produced an impressive display in Tokyo to dispatch Carreno Busta 6-3, 6-3.

Khachanov is bidding to become the first Russian champion in the men’s singles since Yevgeny Kafelnikov struck gold in Sydney 21 years ago.

Khachanov started strongly and took control with a break in the fifth game before capping an excellent first set with another in game nine, hitting 10 winners and making just four unforced errors.

He carried that momentum into the early stages of the second, but Carreno Busta managed to stave off a break point in the opening game.

That appeared to give the sixth seed confidence and he brought up his first break point at 2-2 with a rasping inside-out forehand.

But he missed his chance, hitting into the net cord and Khachanov went on to hold serve.

That proved costly, as Khachanov’s ferocious hitting continued to make inroads and he broke in the very next game with another forehand winner.

The 25-year-old wrapped up victory on his first match point with another booming groundstroke past a stranded Carreno Busta.

Khachanov, who reached his second Grand Slam quarter-final at Wimbledon earlier this month, will be playing the biggest match of his career in Sunday’s final.

The world number 25 has lost four of his five meetings with Djokovic, although did beat the Serb in the 2018 Paris Masters final, while he has won two of four matches against Zverev.