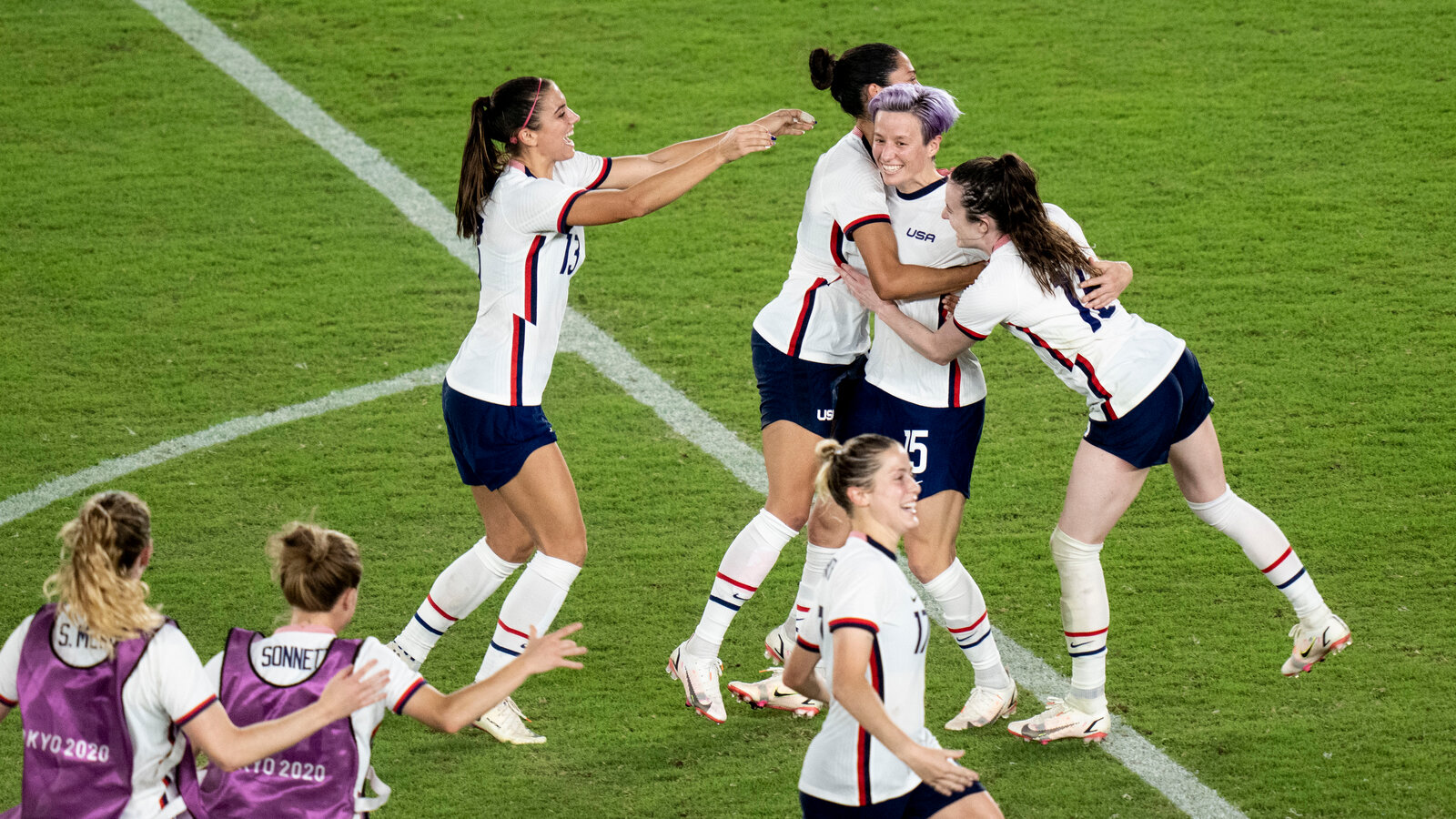 Megan Rapinoe, who scored the crucial penalty against Netherlands, which took the United States into the Tokyo Olympics semi-finals, is not impressed with the lack of atmosphere at the games.

After their quarter-final against the Netherlands ended 2-2 following extra-time, Rapinoe’s spot-kick sealed a 4-2 shootout on Friday that set up a last-four meeting with Canada in Kashima.

“The atmosphere is absolutely nothing, especially in a huge stadium,” said Rapinoe. “I mean, I was kind of just like ‘end it’.

“I much prefer playing in front of 50,000. It is way more fun. The entertainment value decreases when it is just the camera people behind.

“It is not as much fun, but it is what it is. We practice penalties just like that all the time, because we are doing them in training.

“So we have got used to an awkward, empty stadium, so maybe that gave us a little bit of an advantage.”

Rapinoe displayed her trademark confidence when she rolled in her spot-kick but it was the performance of Naeher that set the Americans up for victory.

A Women’s World Cup winner alongside Rapinoe in 2019, the 33-year-old dived to her left to keep out Martens’ attempt with the scores level at 2-2 late in the game.

In the shootout, she threw herself to her right to save the opening kick from Vivianne Miedema and also stopped Aniek Nouwen’s unconvincing attempt.

“She has been huge this whole tournament,” said Rapinoe.

“With them going first, and taking that first one, it takes the pressure off the team. She’s been immense.

“I don’t know who invented this, the penalty shoot-out,” she added. “It is such a cruel way to end a game.”