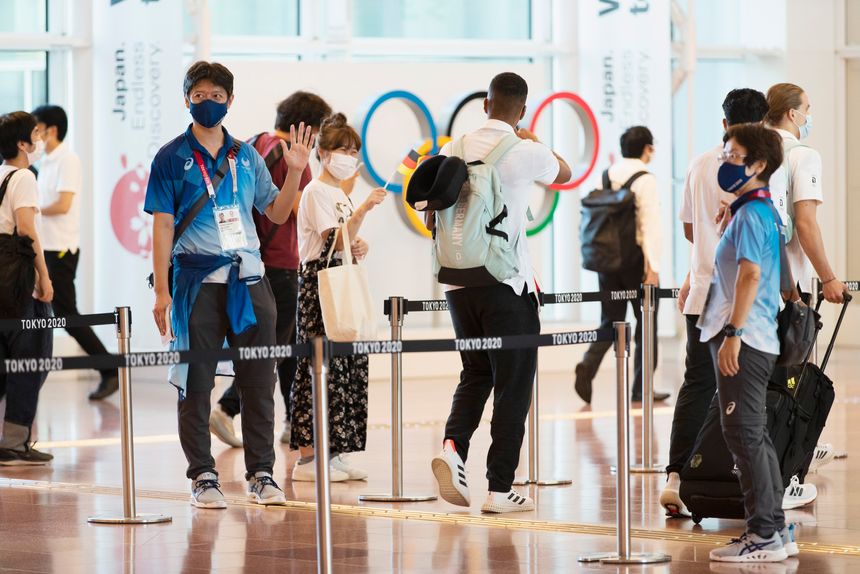 South Africa on Sunday confirmed 3 positive Covid-19 cases in their football squad at the Olympic Games in Tokyo. Two players, Thabiso Monyane and Kamohelo Mahlasti, along with their video analyst contracted the virus less than a week ahead of the opening ceremony.

Notably, South Africa men’s team face hosts Japan in their group stage opener on Thursday, a day before the Games officially get underway in Tokyo.

The news of South African footballers testing positive for Covid-19 comes hours after the Tokyo Olympics organisers confirmed 3 new cases of athletes testing positive in the Games Village which has started to see an influx of stars from across the world.

“We have three positive cases of COVID-19 in the camp here, two players and an official,” team manager Mxolisi Sibam said on Sunday.

“There is daily screening… Masha and Monyane reported high temperatures and positive saliva tests, and were then taken to do the nasal test…and they, unfortunately, tested positive for COVID-19. Mahlatsi is the latest player to go through the same process.”

The entire South Africa team has been quarantined until cleared to train. They are waiting for results from tests taken earlier on

Mexico and France are also in South Africa’s first round group.