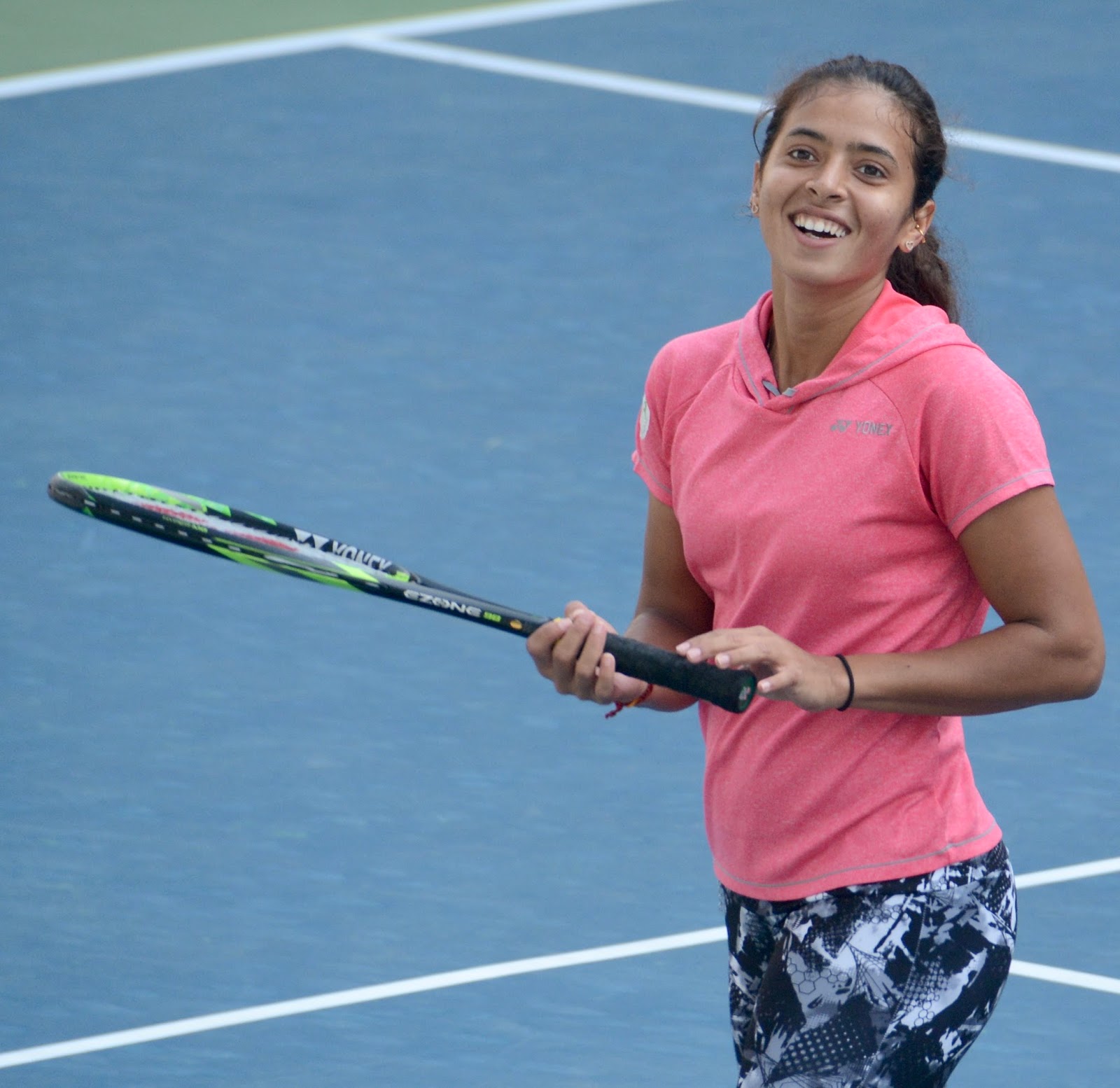 Ankita Raina will be competing in her maiden Olympics in Tokyo alongside Sania Mirza in the women’s doubles. Hailing from Ahmedabad, Gujarat, the last two years have been riddled with milestones for the 28-year-old.

In 2019 and 2020, she won two ITF singles titles each in Singapore, Solapur, Nonthaburi, Jodhpur. Her doubles career has seen a bigger spurt in this period. Partnering Ulrikke Eikeri, she won a title in Solapur in 2019 at the ITF level. She added three more doubles titles in 2020 – two in the W25 level and one at the W100 level – in Nonthaburi (twice) and Dubai. The success came while teaming up with Bibiane Schoofs and Ekaterine Gorgodze.

In 2021, she made the main draw of the Australian Open, in doubles, for her maiden Slam appearance. She then competed at the next two majors – French Open and Wimbledon – as well. In Paris, she teamed up with American Lauren Davis but lost in the first round. At Wimbledon, she competed in the women’s doubles and mixed doubles draw alongside Davis and Ramkumar Ramanathan respectively where she lost in the first round.

At the start of the year, she won a doubles title at the tune-up event for the Australian Open. Partnering Kamilla Rakhimova, they beat some much more established teams for what was Raina’s first WTA title.

“This is why athletes work endless hours. It’s just… I don’t have enough words to express what I feel. Whenever I’ve played for the country my best has been there. I am ready to give more than 100 percent,” she had told press from Wimbledon on her maiden Olympic appearance.

Sania Mirza will be competing in her fourth Olympics in Tokyo. She has qualified for the women’s doubles event alongside Raina. Mirza had come close to winning a bronze medal at the 2016 Rio Olympics in mixed doubles but lost in the medal match. Her first appearance came at the 2008 Olympics in Beijing.

Mirza’s life in the last two years has been a challenge – first in giving birth, then in recovering to return to the tour while dealing with injuries. She returned to court in Hobart at the start of 2020, winning the doubles title with Nadiia Kichenok. She entered Australian Open with a calf injury and it didn’t get any better forcing her to pull out from the mixed doubles event.

She played two tournaments – in Dubai and Doha – before shifting focus to the Billie Jean King Cup. Partnering Raina, they beat pairings from South Korea, Chinese Taipei, and Indonesia. coronavirus pandemic ate through a large chunk of the tennis calendar and Mirza opted against travelling to the US, Europe for the latter stages of the year.

In 2021, she teamed up with Andreja Klepac for the tournaments in Doha and Dubai where she reached the semi-finals and second round respectively. The 34-year-old didn’t play the French Open instead using her protected ranking to enter Wimbledon.

Mirza teamed up with Bopanna in the mixed doubles event. They beat an all-India pairing of Ramanathan-Raina in the first round but were stopped in the third round in a rain-interrupted contest that lasted two days and was decided 9-11 in the third set.

“Olympics is something that is special for every athlete no matter how many times you play it. Last Olympics if you had asked if I will play the next, I would have said ‘no’ because I knew I wanted to have a baby. To put myself in this position, I’m extremely proud of myself and be really grateful to be in this position, after having a baby, to be able to compete in my fourth Olympics. I see Olympics as special every single time. I’m a very patriotic person so it brings out all that patriotism every time I play for India,” she told Firstpost from Wimbledon.

Sumit Nagal qualified for the Tokyo Olympics by virtue of numerous pullouts in the draw and then the absence of Yuki Bhambri due to injury. Bhambri, with his protected ranking, was the first choice from India as per ITF’s qualification criteria. But with Yuki unavailable due to injury, AITA were able to nominate Nagal for the Olympics.

“No words can express my emotions. A surreal feeling to qualify for the Tokyo Olympics. Grateful to all your support and wishes,” he tweeted after the berth.

In 2020, Nagal became the first Indian to win a singles main draw match at a Grand Slam since Somdev Devvarman in 2013. He reached the second round of the US Open where he was beaten by eventual champion Dominic Thiem.

During this period, he also played his third major – 2021 Australian Open – where he lost to Ricardas Berankis, a player he had lost a week prior in the tune-up.